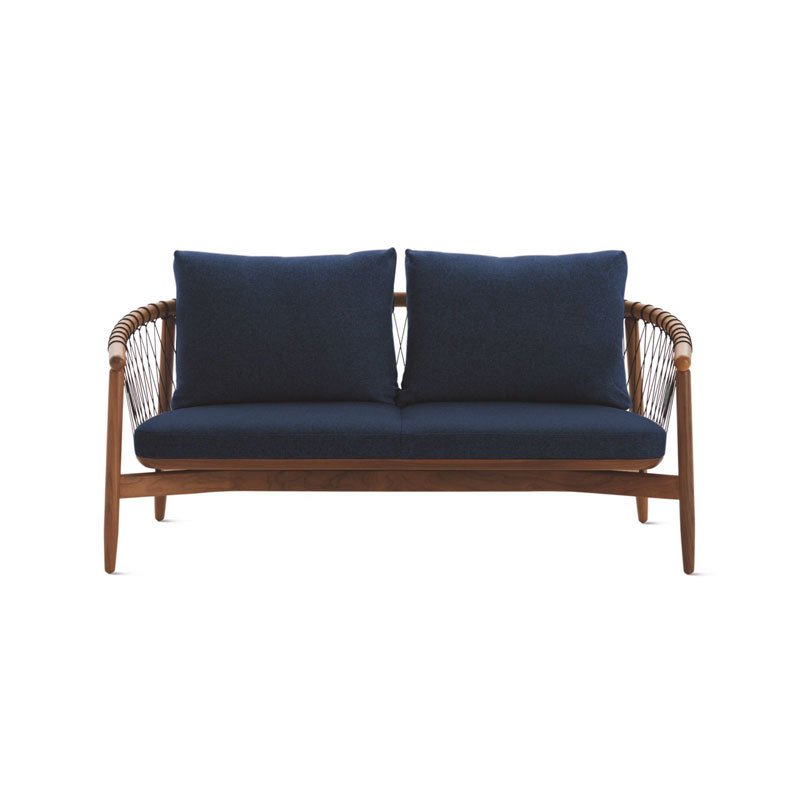 Eoos is a studio based in Vienna that was founded in 1995 by designers Martin Bergmann, Gernot Bohmann and Harald Gründl. The name is a playful variant of Eous – one of the chariot horses of sun god Helios, according to Greek mythology – chosen for the way a horse’s erratic jaunts evoke a designer’s irregular everyday forays into the conceptual. Their Crosshatch Collection (2014) began with a desire to use an industrial material in a handcrafted way to create a weaving that’s both structural and decorative. A year of testing ropes later, they found the ideal choice to be parachute cord, which stays stiff and won’t stretch over time. In addition to the juxtaposition of materials, Crosshatch is also a play on transparency and shelter. "Space flows through the open frame, but you sit in a kind of protected zone," says Gernot. "It’s cozy and comfortable." Eoos has won more than 70 international awards, including the Compasso d’Oro. Made in U.S.A.