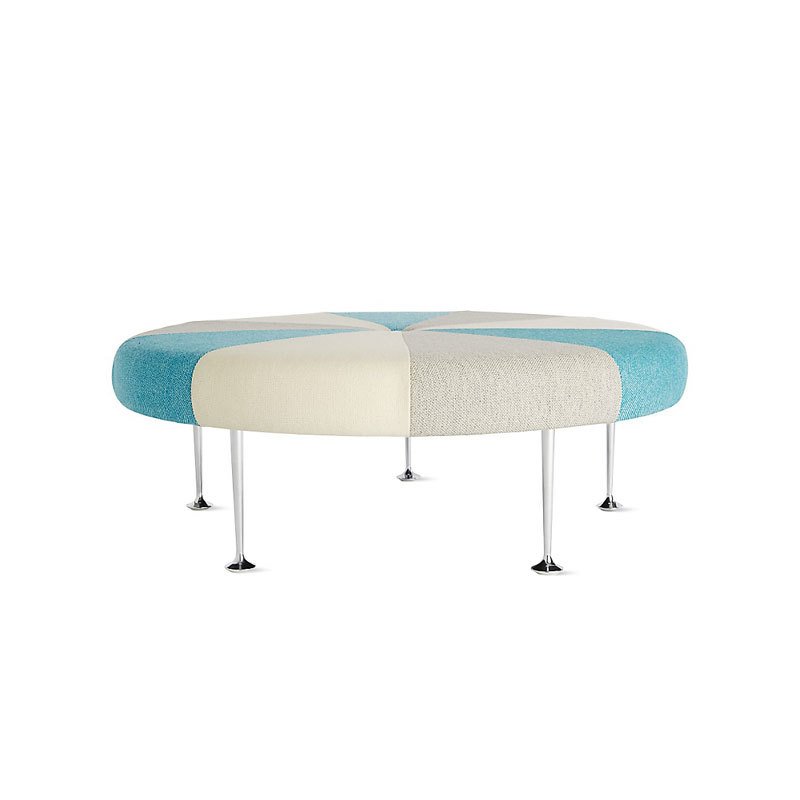 After being recruited by none other than Charles Eames to become director of design for the Herman Miller textile division in 1952, Alexander Girard was given the freedom to experiment with vibrant hues and patterns in his work. Girard created more than 300 textiles during his tenure there, which lasted into the 1970s. A testament to his prowess with playing colors off one another, his Color Wheel Ottoman (1967) comes in bold yet playful pinwheel colorways that coordinate with an array of interiors. Girard carefully proportioned it to serve equally well as a footrest, extra seat or coffee table. Its flexibility reflects one of his tenets: "Art is only art when it is synonymous with living." This is the authentic Girard Color Wheel Ottoman by Herman Miller. Made in U.S.A.