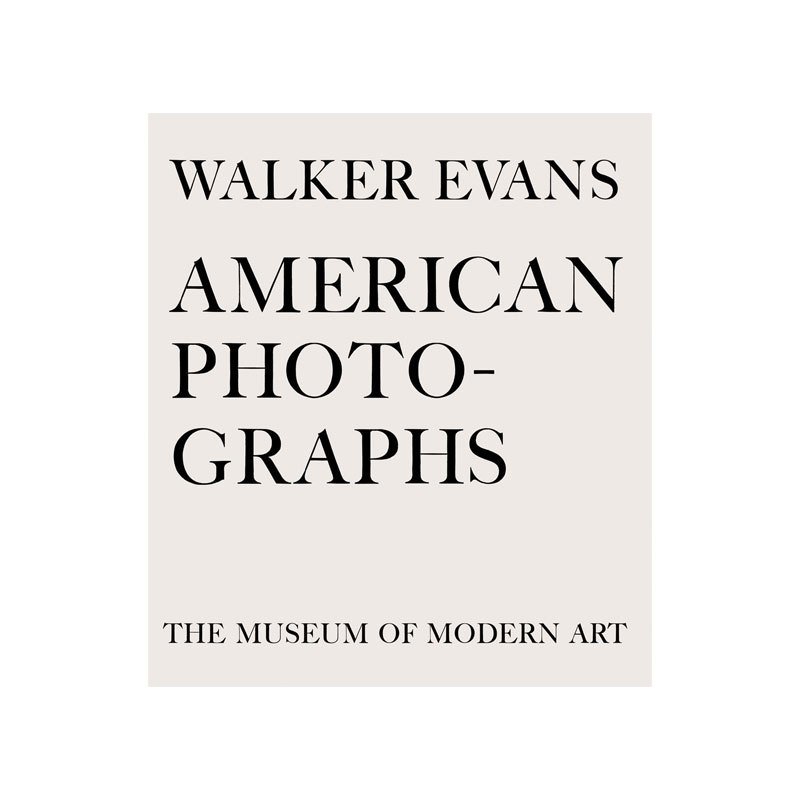 More than any other artist, Walker Evans invented the images of essential America that we have long since accepted as fact, and his work has influenced not only modern photography but also literature, film and visual arts in other mediums. The original edition of American Photographs was a carefully prepared letterpress production, published by The Museum of Modern Art in 1938 to accompany an exhibition of photographs by Evans that captured scenes of America in the early 1930s. As noted on the jacket of the first edition, Evans, "photographing in New England or Louisiana, watching a Cuban political funeral or a Mississippi flood, working cautiously so as to disturb nothing in the normal atmosphere of the average place, can be considered a kind of disembodied, burrowing eye, a conspirator against time and its hammers." This seventy-fifth anniversary edition of American Photographs, made with new reproductions, recreates the original 1938 edition as closely as possible to make the landmark publication available for a new generation. American Photographs has fallen out of print for long periods of time since it was first published, and even subsequent editions--two of which altered the design and typography of the book in small but significant ways--are often available only at libraries and rare bookstores. This version, like the fiftieth-anniversary edition produced by the Museum in 1988, captures the look and feel of the very first edition with the aid of new digital technologies.