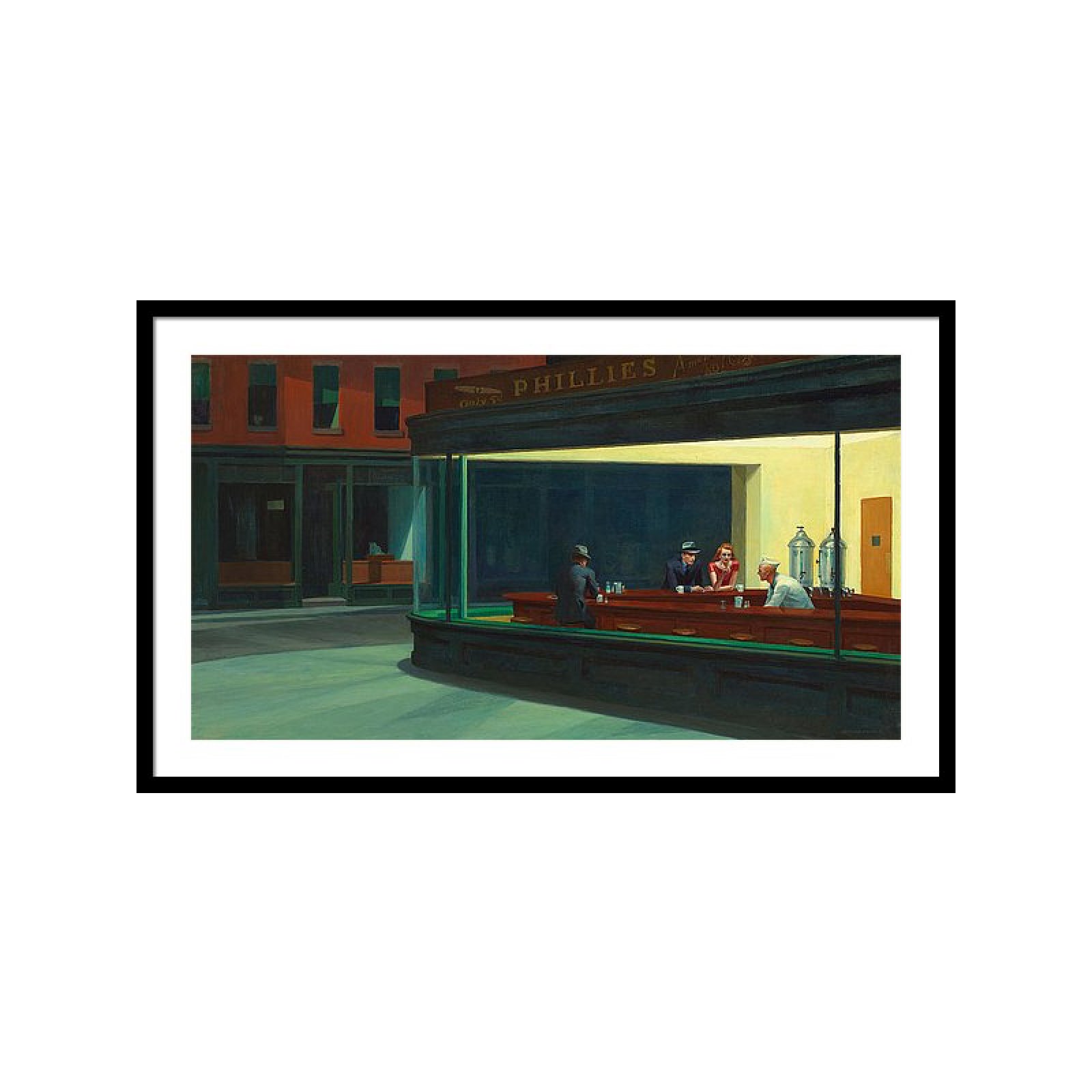 Edward Hopper was a prominent American realist painter and printmaker. While he was most popularly known for his oil paintings, he was equally proficient as a watercolorist and printmaker in etching. Both in his urban and rural scenes, his spare and finely calculated renderings reflected his personal vision of modern American life.

Hopper's most systematic declaration of his philosophy as an artist was given in a handwritten note, entitled "Statement", submitted in 1953 to the journal, Reality:Great art is the outward expression of an inner life in the artist, and this inner life will result in his personal vision of the world. No amount of skillful invention can replace the essential element of imagination. One of the weaknesses of much abstract painting is the attempt to substitute the inventions of the human intellect for a private imaginative conception.

The inner life of a human being is a vast and varied realm and does not concern itself alone with stimulating arrangements of color, form and design.

The term life used in art is something not to be held in contempt, for it implies all of existence and the province of art is to react to it and not to shun it.

Painting will have to deal more fully and less obliquely with life and nature's phenomena before it can again become great.

Though Hopper claimed that he didn't consciously embed psychological meaning in his paintings, he was deeply interested in Freud and the power of the subconscious mind. He wrote in 1939, "So much of every art is an expression of the subconscious that it seems to me most of all the important qualities are put there unconsciously, and little of importance by the conscious intellect."