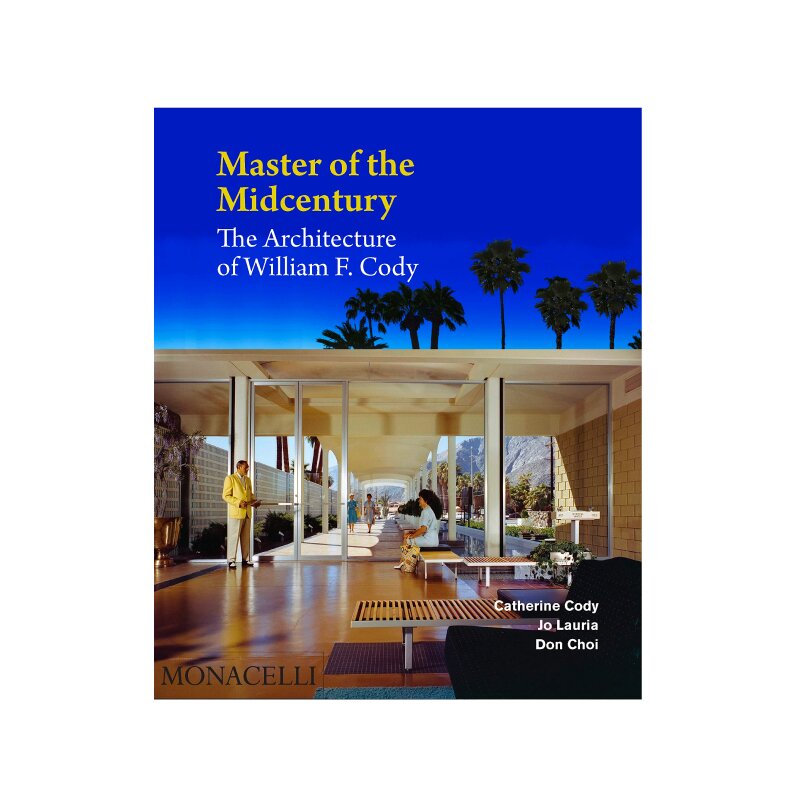 Master of the Midcentury: The Architecture of William F. Cody

Master of the Midcentury: The Architecture of William F. Cody is the first, long-overdue book on this key Palm Springs architect, abundantly illustrated and detailed.

Of the architects who made Palm Springs a crucible of midcentury American modernism, William F. Cody (1916–1978) was one of the most prolific, diverse, and iconic. Directing a practice ranging from residences to commercial centers and industrial complexes to master plans, Cody's designs are so recognizable that they provide visual shorthand for what is widely hailed as Desert Modern. While his architecture was disciplined and technically innovative, Cody did not practice an austere modernism; he imbued in his projects a love for social spaces, rich with patterns, texture, color, and art.

Though the majority of Cody's built work was concentrated in California and Arizona, he had commissions in other western states, Hawaii, Mexico, Honduras, and Cuba. From icons like the Del Marcos Hotel (1946), to inventive country clubs like the Eldorado (1957), to houses for celebrities (Frank Sinatra, Bing Crosby, Walt Disney), Cody's projects defined the emerging West Coast lifestyle that combined luxury, leisure, and experimental design. Cody also pushed the boundaries of engineering, with beams and roof slabs so thin that his buildings seemed to defy gravity.

Master of the Midcentury is the first monograph devoted to Cody, authored by the team that curated the acclaimed exhibition Fast Forward: The Architecture of William F. Cody at the Architecture and Design Museum in Los Angeles: his daughter, Cathy Cody, design historian Jo Lauria, and architectural historian Don Choi. Replete with photographs of extant and now-lost structures, as well as masterful color renderings and drawings for architectural commissions and plans for vanguard building systems, Master of the Midcentury is the authoritative resource on Cody.