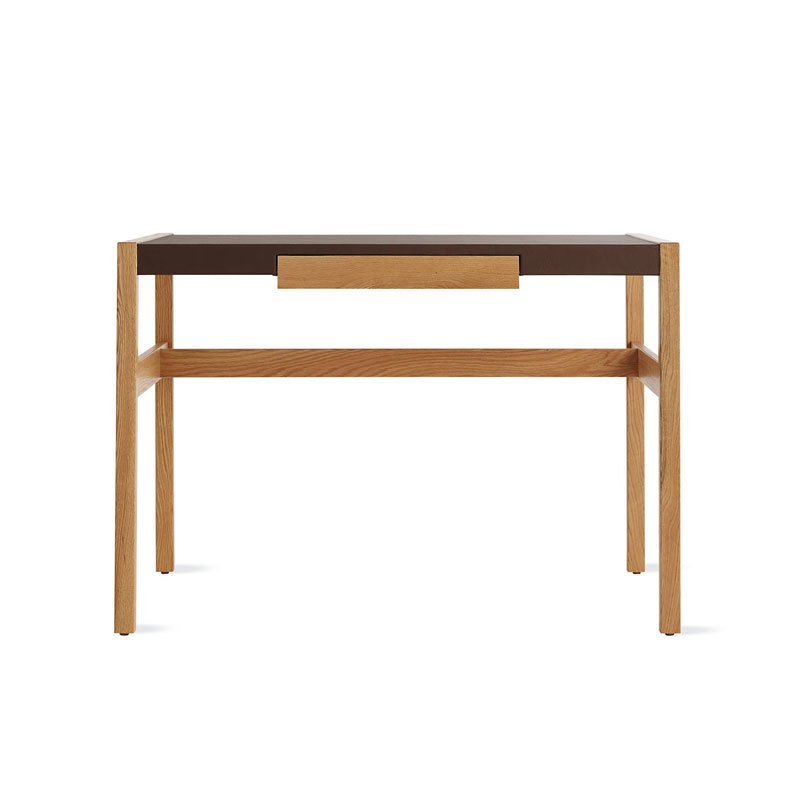 Running into legendary designer Jens Risom in the halls at DWR headquarters was one of the many pleasures of working here. We took great pride in collaborating with him to bring the Risom Desk (2012) – "the little one," as he called it – back into production in North America. Originally designed in 1968 for his own home in New Canaan, Conn., this small-space solution "is really a writing surface," said Risom. "Let’s just call it a ‘desk’ in quotations." Crafted of solid American walnut or oak and rich black or chocolate leather, "it’s a handsome piece of decoration at which you sit, at which you study, at which you read books… if people do that anymore." The drawer interior has a removable solid wooden tray for desk supplies. Ships fully assembled. Made in U.S.A.