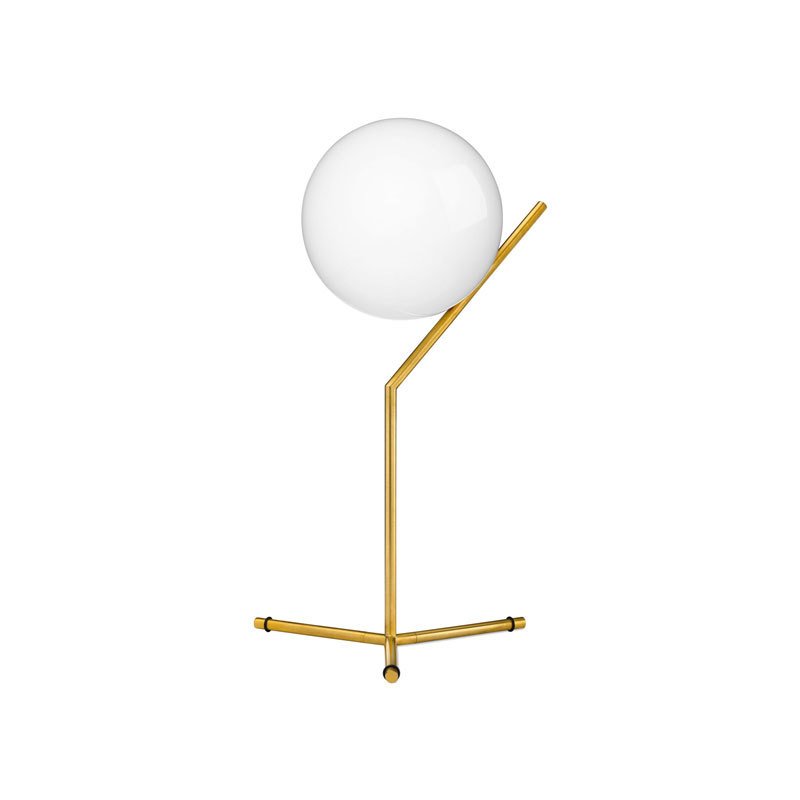 After being schooled in industrial design and engineering at the Royal College of Art and Imperial College in London, Michael Anastassiades founded his own studio in 1994. His work falls somewhere in between the industrial and sculptural, especially his lighting, which consists of reflective materials such as polished bronze and mirrored glass in simple geometric shapes. Anastassiades’ pieces can be found in hotels, restaurants and shops worldwide, including the SoHo House New York, the Grand Hôtel Stockholm and Sergio Rossi boutiques. The IC Lamp (2013) possesses the poetic grace and balance that characterize all of his pieces, consisting of a blown glass diffuser mounted on an ultra-thin yet stable frame. Positioned in a seemingly precarious manner, as if it’s ready to drop any moment, the perched sphere lends captivating tension to the design. Bulb (included): 60W/G9 frosted halogen. Made in Italy.