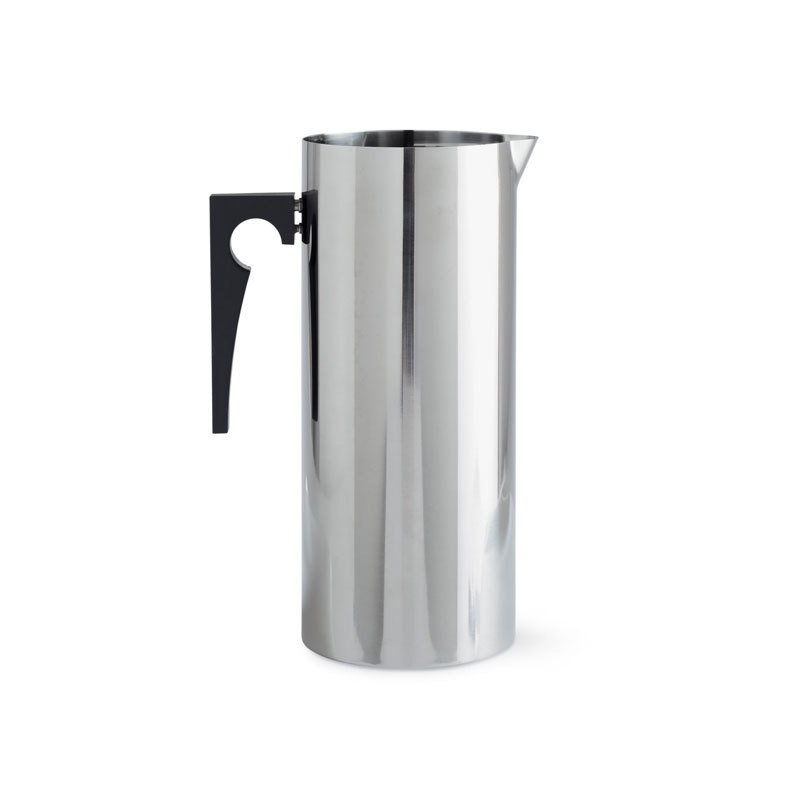 Originally sketched on a napkin in 1964, Arne Jacobsen’s Cylinda Line (1967) stainless steel barware took three years, and the creation of new technology, to produce. Jacobsen insisted on seamless tubes with perfect brushed surfaces, and he continued to add new pieces – some designed by Peter Holmblad – to the collection until 1974. An immediate success, Cylinda Line was awarded the 1967 ID Prize by the Danish Design Council, and pieces of the line are included in the permanent collections of MoMA and the Victoria and Albert Museum. Made in China.