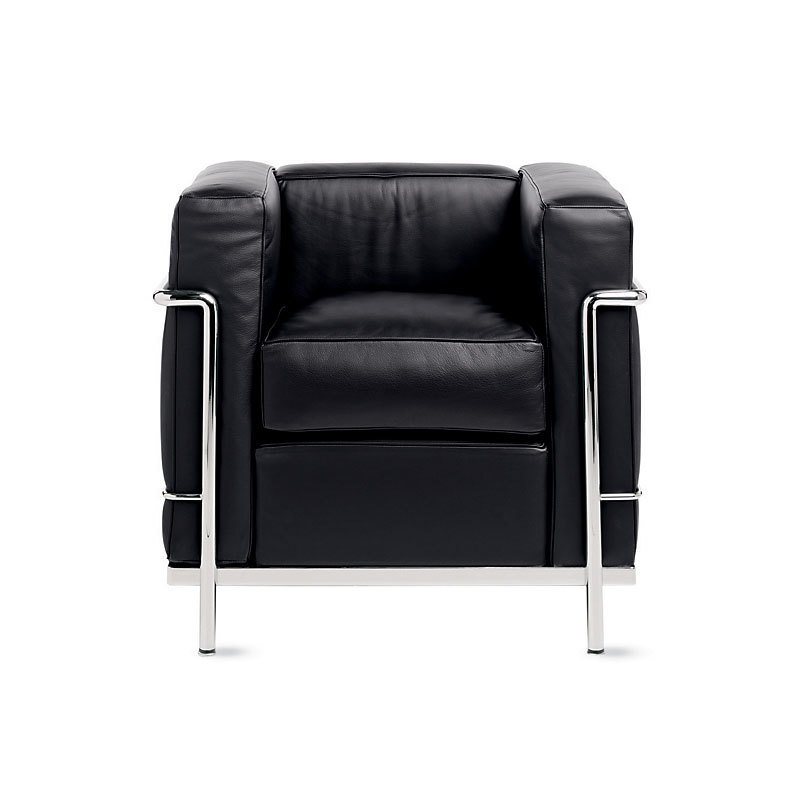 Designed by one of the world’s most game-changing creative teams—Le Corbusier, Pierre Jeanneret, and Charlotte Perriand—in 1928, the LC2 collection became the group’s modernist take on the traditional club chair. They wanted to design "cushion baskets" that would question the standard structure of sofas and chairs at the time. Instead of hiding the frame of a piece of furniture, they highlighted the foundation and supportive lines by externalizing the tubular structure. They then built substantial, hardy pillows that would rest within the chromed steel frame. It was their way of applying clean minimalism to an extremely comfortable seating piece. Produced by Cassina in Italy, each LC2 Armchair is signed and numbered and is part of Cassina’s Masters Collection—which is protected under an exclusive worldwide license from the Le Corbusier Foundation.