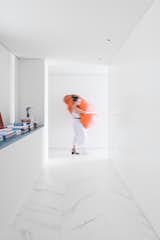 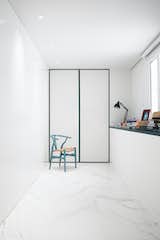 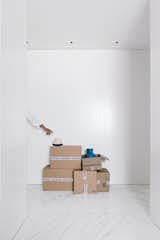 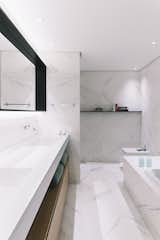 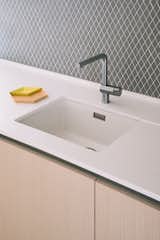 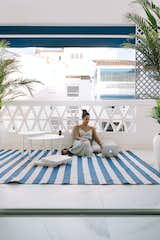 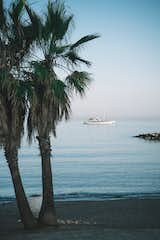 In Playas del Duque, one of the most distinguished housing complex of Puerto Banús (Marbella, Spain) is located the Salinas House. This is a complex whose architecture, without rejecting modernity, shows a marked mediterranean style. The main value of Playas del Duque, besides its strategic location, is its wonderful garden that exists in its interior, awarded with the first prize of gardening at Costa del Sol.
The building on which the Salinas House has been designed was composed of numerous independent rooms, clumsily connected by large, interior and poorly illuminated corridors. These organizing deficiencies of the former house created, indeed, the main ideas of the new project.
Therefore, removing corridors in order to make the interior communications among rooms clearer, and to give the most natural light as possible to the largest number of rooms were the premises that were followed from the beginning of the project.
In the new idea, the former corridors were substituted by spaces that developed a programatic function, such as library, hall or office, and that are also transition spaces of the new house.
Their dimensions have no resemblance with a traditional corridor and have been designed with fine materials, such as marble and wood, presented in light colours and textures in order to strengthen its clarity. These spaces are opened to the living room and the kitchen, which enables us understand the main zone of the housing as a single space arranged by furniture pieces which organize it.
A white closet, which crosses the whole house, is indeed the furniture element that gives sense to that single space. This closet, built with painted oak wood in its exterior face and apple tree wood in its interior, accompanies the movement of the inhabitants of the house from the main hall to the living room. It gets interrupted to give access to the kitchen, library or main bedroom, turning itself into a main element of the whole house.
The pavement plays as well an essential role. The big Calacatta marble pieces goes along the whole house, including bedrooms and terraces, giving the brightness and freshness that every mediterranean house needs.
All in all, the Salinas House is a summer house, wide and bright, designed for a modern person who appreciates the simplicity and sobriety in architecture. This is a practical and comfortable house whose calmed spaces refer the essence of the mediterranean sea.
In order to show properly the mentioned architectonic values, it was decided to make this photographic report in a very singular moment: in the moment the inhabitants enter the house for the first time, discover the work and start to organize the furniture pieces. In this way, the mentioned pictures highlight the shapes and materials of the spaces, while these furniture elements turn into actors of a scene, whose background is the white texture of the floor and walls.