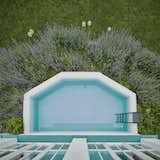 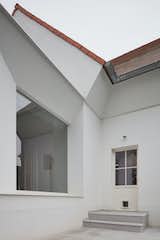 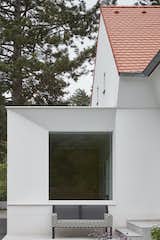 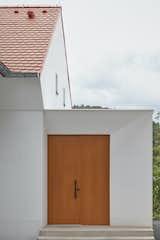 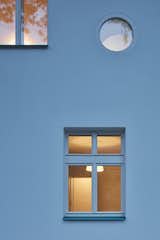 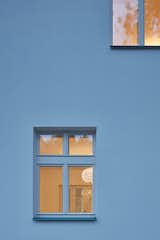 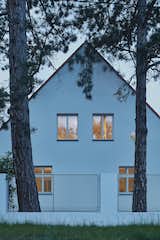 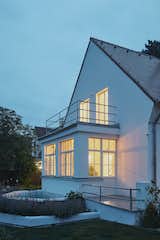 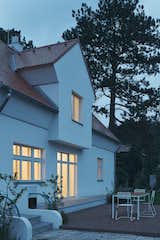 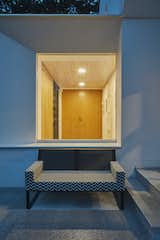 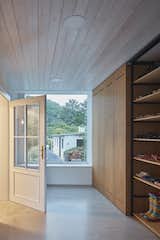 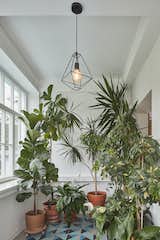 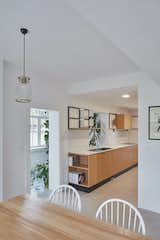 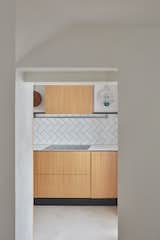 Smells are perceptions. If the smells are pleasant, we can call them scents. These perceptions can be acquired through olfactory receptors. Combining several specific scents creates the scent of a home. From an early age, Greta has associated the scent of a home with the scent of caramelised sugar and fruit juices which was permeated with the smell of freshly watered flowers in the conservatory, where fruit cakes were also served. Last but not least, the scent of home included the musty smell of old paper guidebooks from perhaps the whole world. These quietly laid in the library in the living room for decades as reminders of the journeys of young parents to states that no longer exist today.

Klára opened the window and let the morning breezy air into the bedroom. She gets up like this every morning and she enjoys their house, which is no longer newly renovated. Today is Greta's twentieth birthday. Peter went to pick up some flowers and he's heading to the airport, Klára has to quickly bake a blueberry pie which Greta likes so much. The kitchen smelled of leavened dough with crumbs and sweet puffs leaked from the opened oven. Greta is on her way from Vienna, where she's studying at the university. The gate has been unlocked and that means the two had arrived from the airport. "Kilian, get down, your sister is here!" Klára shouts at the teenager and rushes through the door. Before she enters the hallway, she realises that Greta took the other way around the fountain to surprise her mother. The suitcases slam against the pavement in the conservatory and Greta says, "Uh, finally home."

Petr looked at a gentleman whose appearance and behaviour resembled someone from Kludský or Berousek family. A well-built guy with a casually unbuttoned shirt and hairy chest was to become their partner for the reconstruction. This guy's vocabulary could easily assure someone that the reconstruction would be a piece of cake, but Petr didn't feel that way. The strange shivers going down his spine indicated that this reconstruction would have a story.

Pavel arrived on time for this meeting. His used Škoda Superb masterfully swept a few holes as he passed the broken road in Prague 5 and announced to passers-by that he had travelled across Europe to sunny Croatia a few times. Just so that his crew would get some tan and have the curled hair on their chests lighten under the Mediterranean sun. However, being on time to meet new clients is essential, so the car jumped over a few more road craters and stopped at the place where the meeting was arranged. The informal environment with the odour of the cigarette past and the sour beer presence will be a good test of the courage of the people who decided to build a house with him.

Kilian ran down, stopped in the conservatory and watched the sun dance on the surface of the fountain, throwing dozens of golden pigs to the ceiling. Once again, the hot summer was burning lawns and helping local gardeners grow the sweetest strawberries far and wide. The sister waited, smiled, swung over the ladder and jumped into ice-cold water. Mom just raised an eyebrow and started slicing the cake.

"Hello, Jakub and Honza. Thank you for coming to us from Liberec, it was nice to meet you in person. As promised, we are sending the plans and a short summary of our situation.” said the e-mail. But I'm not Jakub, Lukáš complained, and started reading the confusing introduction of the message once again. It was half past four in the afternoon, the sun was shining through grey curtains and uncompromisingly drying all the faded flies that had reached hell between the window and the curtain. The air conditioning was buzzing, and the studio was full of the typical smell of coffee, mixed with the smell of cigarettes and air conditioning. If someone ever wanted to make Mjölk perfume, the body would consist of these ingredients.

The villa with a fountain is a renovated weekend house from the era of the First Republic. When we first saw it, it didn't look like it does today. It was burdened with deposits that had stuck to it over the years, and its First Republic spark was long gone. Today, the villa shines again. Robust pines stretch over its roof and silver flags of light bounce off the water's surface into the conservatory. In the distance you can hear a train passing by while here and there you can smell the river which flows in the valley near the house.

Architectural design is based on cleaning the existing one-family house from an inconvenient garage extension. Instead of a garage, a simple entrance mass is designed in harmony with the original character of the villa. The covered parking space with a straight exit on the main road is located on the lot line and is accessible by an adjusted pedestrian path to the main entrance and to the existing terrace. Also, the existing fencing towards the street was reconstructed in the length of 47.5 m. Due to layout changes in the interior, some openings in bearing walls had to be enlarged, some partitions had to be demolished and all openings on the garden-facing facade had to be enlarged. The character and the main mass of the house had been preserved. The design in the exterior included a replacement of window panels, an insulation of the building, a new plaster and a new roof.

The simplicity of the design is reflected in material and colour solution. Materials used in the original building were only replaced with new ones. Both roof and facade have similar character as before the start of reconstruction. The facade was insulated and all window panels were replaced.

This one-family house is designed for 4 people which corresponds to the simple layout. The main entrance is from the north-west of the street. The entrance with a vestibule is materially separated from the living area. Through the vestibule with built-in wardrobes you enter the hall where a staircase to the 2nd floor is located, along with access to the guest room, the kitchen and the main living area of the house with an access to the terrace. On the 2nd floor, there is a room for two children, study room and main bedroom with bathroom and walk-in closet.