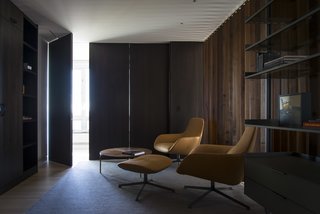 A short story of love, lost and found in bustling San Francisco.

Him : originally from the area, left his modest roots to pursue higher education and business. A longing for home eventually carried the now successful entrepreneur back.

Her : known for her intellect, wit and wondrous baking skills, the big city called her away from the tightly-knit farming community of anytown USA.

They fell in love with each other. They fell in love with the Bay and the views it had to offer. And so they sought a place perfect for nurturing their new found love. Landing in a prestigious high-rise overlooking the Bay Bridge all was peachy until the recent construction boom. The once iconic view had been replaced by a crowd of vertical engineering feats.

Love lost, the couple began searching for alternatives. Together they eventually found new and true love in the form a unit located in the vibrant Nob Hill neighborhood. It had ridiculously charming architecture, great food, outstanding views, and, most importantly, strict zoning ordinances. No new high rises will be interfering with their fabulous vantage point in the foreseeable future.

This became the impetus for the design process - to never allow the views to be blocked again, not from any space. Nob Hill is blessed with a topographic high chair, classic San Francisco views in every direction. The owner's unit faces the Pacific Ocean, the Golden Gate Bridge, the bay, and Sutro tower. A few simple yet effective moves opened the entire unit to beyond by pulling every wall away from the exterior, allowing light and views to permeate the space, and creating a tactile, warm and inviting place to crash. Love found.

Imbue Design uploaded Nob Hill Residence through Add A Home.
Add your own project for the chance to be featured in Editor’s Picks.

Dining Room - Looking Toward the Office

Kitchen - Looking Toward the Office