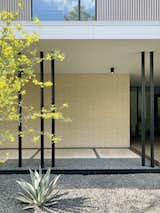 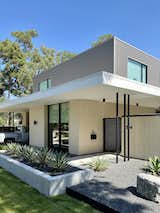 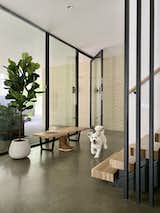 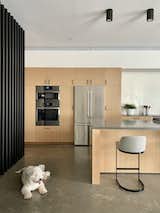 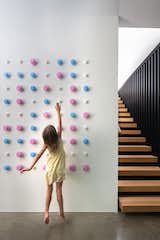 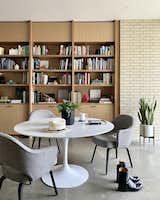 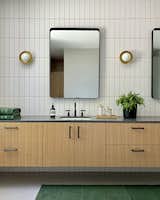 graftHAUS is a home designed for a couple and their two kids along with grandparents for extended stays. The family initially wanted a design completely different and new from their previous two houses they had designed and built. However, after rigorous exploration they kept finding themselves going back to aspects they loved from their past homes. The approach quickly turned to selective joining of the good – GRAFTING, and refinement.

Consistent with both previous homes there is a strong connection to the outdoors, an abundance of natural light, an open-plan interior, the use of window walls, a horizontal emphasis in massing, and a natural earth tone color palette of materials.

New to the program, a guest house with a separate entrance for grandparents to enjoy extended stays with the grandkids while still having their own sense of place as a retreat from the day-to- day chaos that comes with young active kiddos and a new puppy.

Different this time around was a sense of discovery, an unveiling of space. With an open concept layout, the homeowners wanted some definition of space.

Inspired by traditional Japanese architecture, guests enter the home through a series of spaces at the side of a minimalist facade. A front gate leads you to an entry courtyard which gives you a glimpse of the home and central courtyard. Once inside the house, one’s spatial experience is fragmented by strategic massing and space planning which affords each space to feel as its own but still part of the whole.

The form of the house was also derived through a combination of their past homes. A simple pure geometric volume rests solid on a base of masonry walls with a strong horizontal plane which forms the continuous veranda around the home.