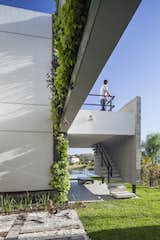 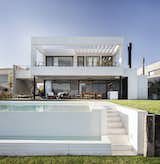 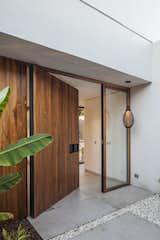 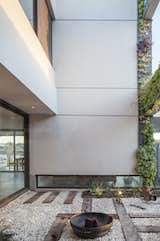 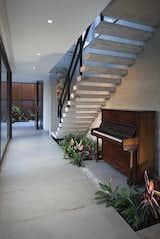 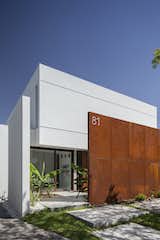 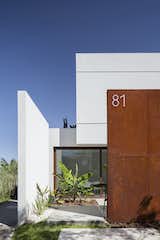 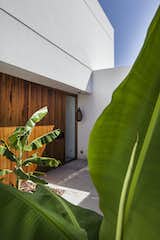 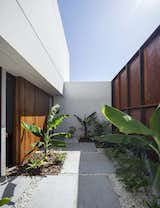 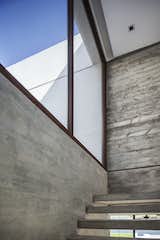 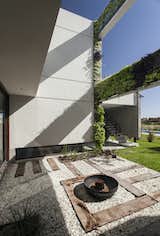 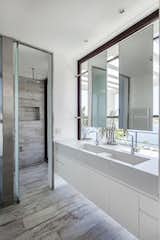 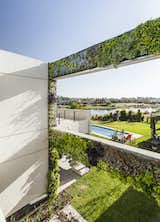 Graffiti House is a single-family house located in the province of Buenos Aires, Argentina. The idea started from a large pure volume with openings, which generate different patios and galleries that act as green bellows, allowing natural light to enter the interior of the house. Priority was given to obtaining a fluid exterior-interior relationship where architecture frames nature and dialogues with it. It is developed on two floors, seeking at all times to obtain views of the lagoon from the different romos of the house.

Context
Located in the Santa Teresa neighborhood, Tigre, the house has an introverted relationship towards the street, with a blind front made up of a large sheet metal wall, since it was sought that the opening and the relationship with the environment be towards the lagoon, the sound of water and contact with nature.

Materials
A traditional construction system of double masonry walls with an air chamber, concrete slabs and suspended ceiling was used. The openings are PVC with DVH, to protect the interior from the environment and moderate temperatures, since the house is in constant connection with the outside. On the main facade you can see the large 12mm sheet iron wall, which was left out in the open to rust, and then painted with a colorless sealer to stop the process. This panel gave weight to the ground floor and allowed the house to be separated from the street, and then opened onto the lagoon.
Athermic cementitious decks were arranged on the balcony of the main suite and around the sink, repeating the visual pattern of wooden slats.
The planter with interior vegetation were made during the work and are connected to an external rain gutter to have drainage.
The concrete pergola protects the windows of the master suite from the impact of the sun.
Bonds
The bonds between the house with nature and the lagoon was prioritized, being one of the most important issues of the project. We study how to relate directly to the environment from patios and galleries of different scales and functions. Starting with the access patio, which leads us to immerse ourselves in the green and then access the house. Upon entering we find the central patio which is surrounded by vegetation, configured by green walls, allows articulating the house generating visuals towards the lagoon from the rooms. A last patio configures the arrival of the upper floor staircase and circulation.