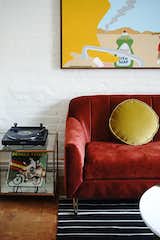 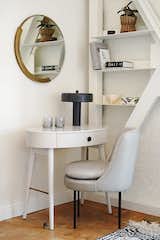 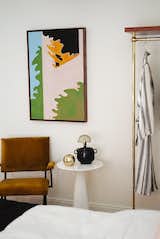 Once a soundstage for director Ed Wood, a rehearsal space for Guns N’ Roses, and a bikini bar, East Hollywood hub Gold Diggers has been reinvented as a boutique hotel, bar, and recording studio.

The site for Gold Diggers has a storied past. The main building was originally built as an "Inn Above a Tavern" in 1924, on Santa Monica Boulevard—aka Route 66. In the 1950s, a 6000-square-foot annex behind the bar served as director Ed Wood’s soundstage, in which he filmed Plan 9 from Outer Space. The ensuing years saw it as a rehearsal destination for all types of bands, including an early incarnation of Guns N' Roses.

Inspired by this history, owner Dave Neupert deemed the site the perfect spot to fulfill his dream of creating a hybrid hotel and music campus. "People have told me that the Doors and Jimi Hendrix practiced here, but there are a lot of people with legends about this place I can’t verify," Neupert told the Los Angeles Times. "I can’t wait to find out more about its legacy as a music space. L.A. forgets its past so easily and we really wanted to shine a light on this building."

Led by architect David Wick of Wick Architecture & Design and Tiffany Howell of Night Palm Studio, the renovations finished in 2018, taking music as the main inspiration. Let’s take a tour of the rock-inflected spaces.