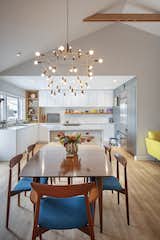 Dining area with view to kitchen. 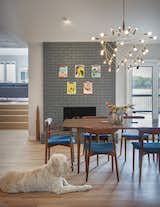 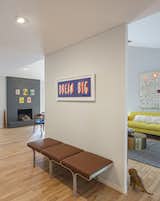 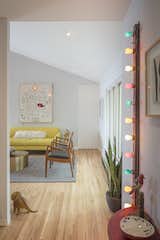 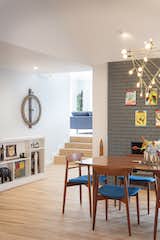 Steps up to additional living area.

Stairs to basement, concealed by a curated art collection. 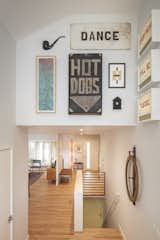 Steps down from the sitting area into the main floor. 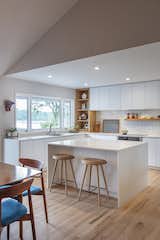 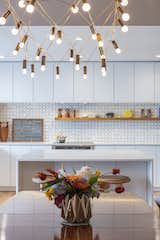 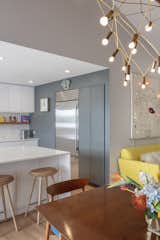 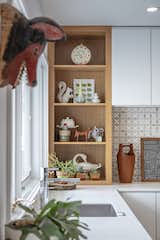 Displays for collectibles incorporated into the kitchen. 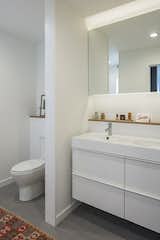 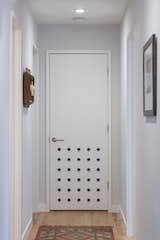 This project was a full renovation of a 1970’s ranch house. The original house was chopped into multiple small, disconnected spaces. In the nineties a large and awkwardly placed addition was built to capitalize on the lake view. FORWARD was tasked with trying to navigate the constraints of the existing condition along with negotiating the desires of the artist clients, one of whom wanted a contemporary minimal interior while the other, a collector, was more interested in the distinct rooms of the turn-of-the-century houses.

The finished house is a series of discreet rooms that are continuously linked. The entry space acts as a gallery and has been widened to create a clear relationship to the addition. What had been the original house has now been divided into kitchen, a combined living/dining room, and an office/guest bedroom.

In the bedroom wing, a new master was created out of two smaller existing bedrooms. The house acts as a container for the owner's collections. It is contemporary, minimal and spatially open, but at the same time affords the distinction of traditional rooms.