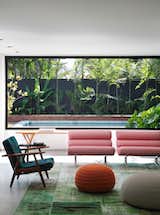 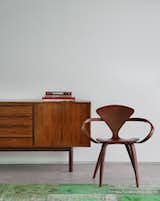 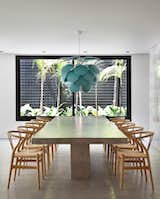 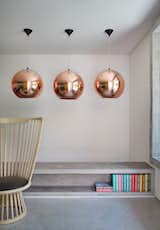 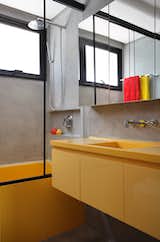 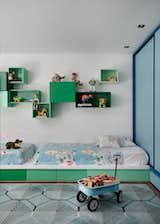 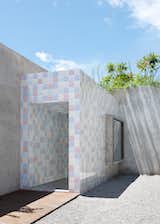 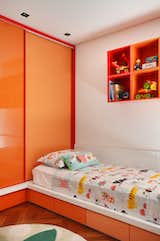 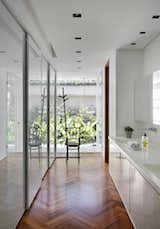 It took six months for the architect, Guilherme Torres, to get to know the London based couple who’d contracted him in São Paulo. “All our meetings were via Skype, but their camera was never working, so I barely saw them throughout the whole process”, says the architect. The project, which was initially an interior design job, grew into an architectural one and Guilherme chose to convert the 1970’s residence into a much more spacious and well-lit house. The house was designed to be home to this couple and their 3 young children who, after living in Europe for a decade, had decided to come home to Brazil.
The home-owner proved to be an excellent designer, which made the process a great deal more pleasant and enabled the architect to suggest really vibrant and colorful decoration. A large multi-color lacquer cabinet was the starting point for the whole project, traversing the rooms, organizing the circulation and giving the house a unique atmosphere.
Another highlight of the Project was the revolution in the usage of space. The architect chose to put the children’s bedrooms and games room on the ground floor, and created a living room and kitchen on the basement level. To replace the old, damp cellar, he created a living room surrounded by gardens and a swimming pool. The dining-room table was designed by the architect and built in concrete during the construction phase, contrasting the mosaic tile wall. All the furniture was bought in London and brought back to Brazil when the family came home.