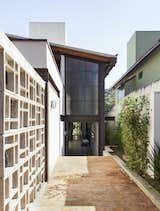 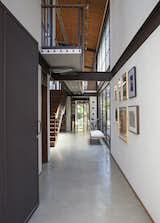 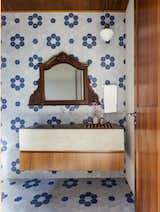 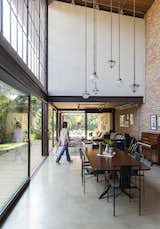 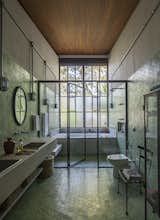 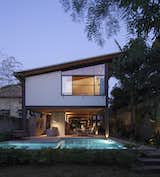 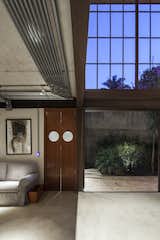 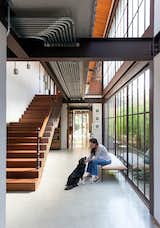 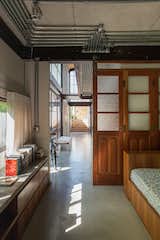 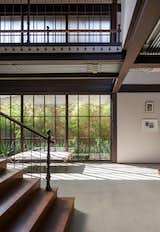 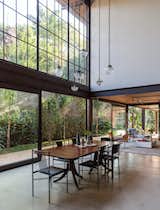 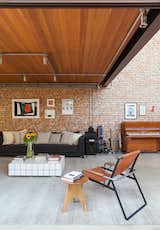 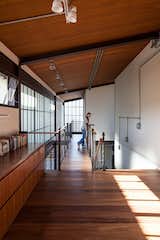 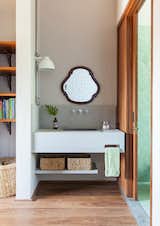 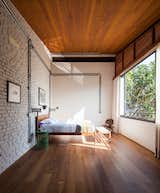 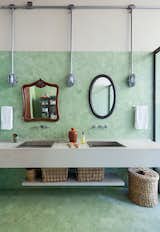 This house is located in the Alto da Boa Vista neighborhood in the metropolis of Sao Paulo, far from downtown. The house area is 535 m² and its air of tranquility arises from the symbiosis between the internal and external areas of its constituent volumes.

The design brief, for a client with two small children, asked for integrated spaces, including a pool, sauna and a veranda, besides plenty space for play, a studio and a TV room that could be sporadically used as a guest room. The client - who had lived in New York – wished for an industrial look while retaining connection to the natural settings and featuring wide marked visual axes, the reason why they approached this studio.

The 900 m² site was challenging: it is quite long and has a 2-meter height drop. The adopted concept was to create a visual connection with the surrounding garden, and therefore the starting point was a northwest sloping roof, allowing light into bedrooms and bathrooms, play room and social areas, whereas no direct sunlight reaches those spaces for the remaining of the day. The brief was distributed along two blocks connected by a double height ceiling passage under the sloping roof. The ground floor of the front block is dedicated to service areas and the studio, whereas the upper floor houses the play room (the social rooms of the house look out onto the lot’s backyard and sides). The block located in the back contains the living-room area and the veranda on the ground floor, while the upper floor has the bedrooms and an office. The upper floor is connected by a walkway looking onto the double height ceiling area and has large floor-to-ceiling window on both sides.

Having outside aisles that are larger than the required by legislation – which became the gardens towards which the social rooms face – allowed for more indoor-outdoor integration.
In the social area, the large sliding doors made from aluminum (which allowed for large glass panels) make the sensory transition between indoor and outdoor almost imperceptible when they are open. Industrial iron frames were used in the bedrooms, bathrooms and in the social side aisle of the house, which is used as a space for circulation connecting the whole house.

The frames, pipes and apparent structure reinforce the industrial look and style explored by the studio. Wood is used both for cladding and in specific components such as doors, floors, stairs and handrails – thus making for cozier and more welcoming environs. The use of vintage and unique pieces such as the light fixtures in the dining room and the railings not only bring comfort but also finesse and a more detailed gaze, contrasting with the grand scale of the spaces. The concept for the house was conceived to integrate itself with its environment and interiors by making good use of a natural atmosphere, which is one of the main characteristics of this neighborhood.