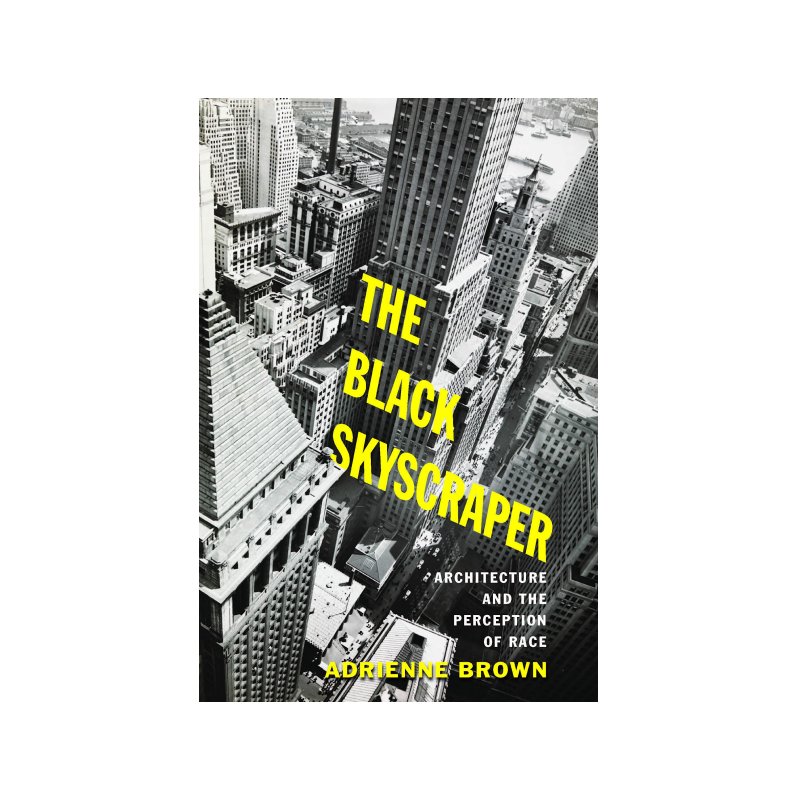 The Black Skyscraper: Architecture and the Perception of Race

How did writers and artists view the intersection of architecture and race in the modernist era?

With the development of the first skyscrapers in the 1880s, urban built environments could expand vertically as well as horizontally. Tall buildings emerged in growing cities to house and manage the large and racially diverse populations of migrants and immigrants flocking to their centers following Reconstruction. Beginning with Chicago's early 10-story towers and concluding with the 1931 erection of the 102-story Empire State Building, Adrienne Brown's The Black Skyscraper provides a detailed account of how scale and proximity shape our understanding of race.

Over the next half-century, as city skylines grew, American writers imagined the new urban backdrop as an obstacle to racial differentiation. Examining works produced by writers, painters, architects, and laborers who grappled with the early skyscraper's outsized and disorienting dimensions, Brown explores this architecture's effects on how race was seen, read, and sensed at the turn of the twentieth century.

In lesser-known works of apocalyptic science fiction, light romance, and Jazz Age melodrama, as well as in more canonical works by W. E. B. Du Bois, F. Scott Fitzgerald, Aaron Douglas, and Nella Larsen, the skyscraper mediates the process of seeing and being seen as a racialized subject. From its distancing apex―reducing bodies to specks―to the shadowy mega-blocks it formed at street level, the skyscraper called attention, Brown argues, to the malleable nature of perception. A highly interdisciplinary work, The Black Skyscraper reclaims the influence of race on modern architectural design as well as the less-well-understood effects these designs had on the experience and perception of race.