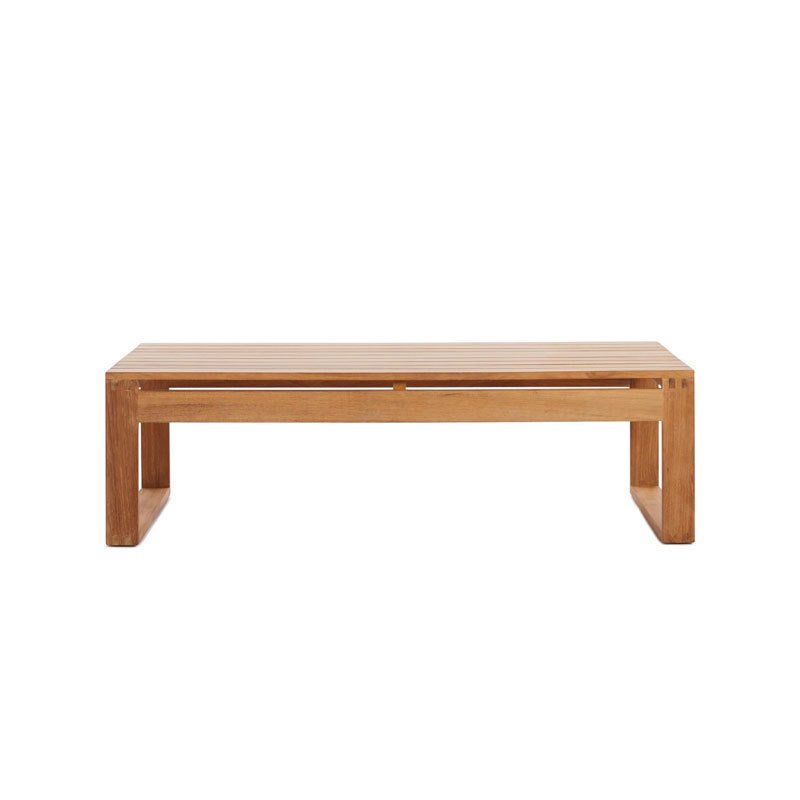 Born in Copenhagen in 1916, Jens Risom studied in his youth under furniture maker Kaare Klint and with the likes of Hans Wegner and Børge Mogensen. In 1939, he immigrated to the U.S. and began what would become a towering career, initially marked by his designing most of the first collection for Hans Knoll Furniture and then by the founding of his own company in 1946, Jens Risom Design. Museum curators have credited him with providing a vital link between Scandinavian and U.S. modern design, and his work is included in the collections of MoMA and the Cooper Hewitt, among many others. In 1967, Risom built his family’s vacation home on Block Island, Rhode Island. For a walking trail that ran adjacent to the property, he drew plans for outdoor furniture meant to provide a place for passersby to rest and enjoy their surroundings, a labor of love for his neighbors, which fell by the wayside until he died at age 100 in 2016. We’re honored to bring the Block Island Outdoor Collection (2019) to life posthumously as an homage to Risom and the remote wilds that inspired him. Made in Indonesia.