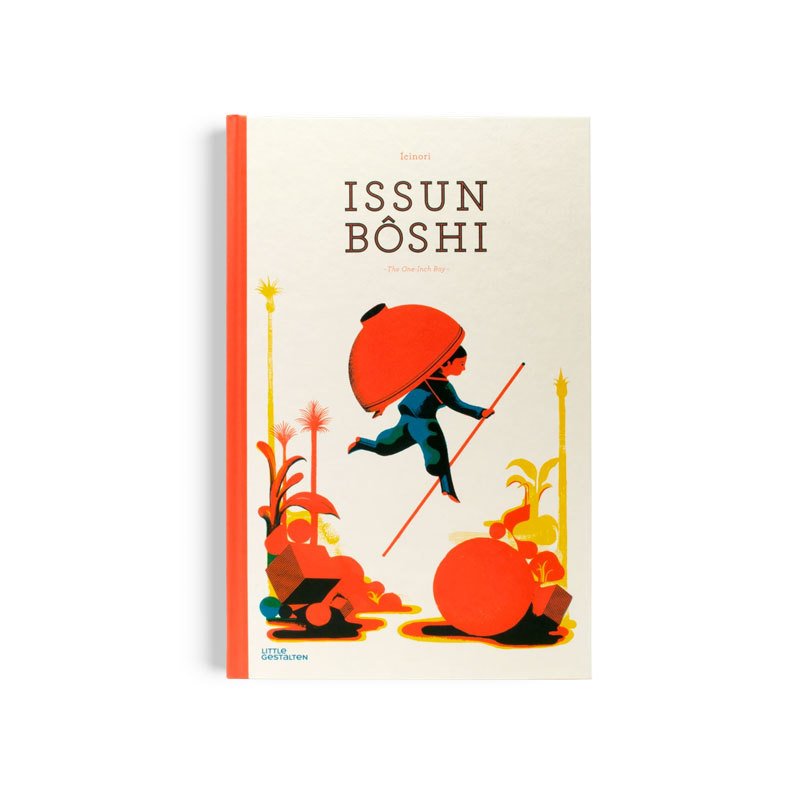 This classic Japanese fairy tale tells the story of Issun Bôshi, the tiny son of an old, long childless couple. Tiny and brave--these are the two most striking characteristics of Issun Boshi. His mother had longed to have a child for so many years that she finally added "even if it is a very small one" to her wish. When the elderly couple did in fact bear a son, he turned out to be only one inch high. He was thus called Issun Boshi, Japanese for one-inch boy. Although his parents raised him very lovingly, Issun Boshi realized one day that he would not grow any taller. He then left his home to set off on a journey to find his place in the world. Because he saw himself as a swordfighter, a samurai, he made sure to take along the right equipment: a needle was his sword, a soup bowl was his boat, and a chopstick was its rudder. As in any proper fairy tale, Issun Boshi is tested in several adventures. He handles himself so bravely that, in the end, he is rewarded with just the right princess.