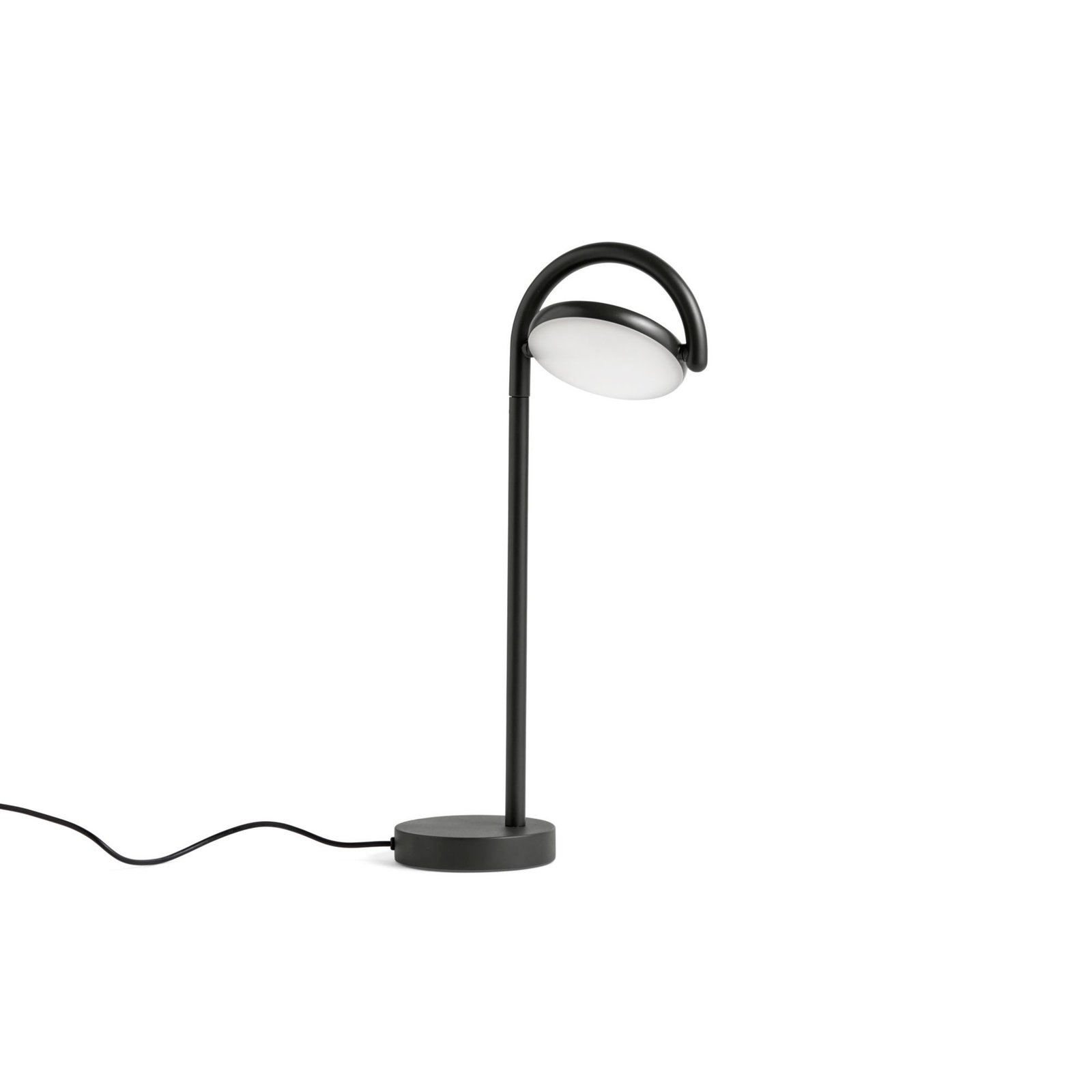 Florian Kallus and Sebastian Schneider met during their product design studies in Münster, Germany, and later formed Cologne-based design studio kaschkasch in 2011. Their work is characterized by a balance of functionality and aesthetics, resulting in innovative modular design with a timeless quality. The Marselis Table Lamp (2018), inspired by the bent tubing of local street signs, features a 360-degree rotating diffuser that can be adjusted to emit both ambient and direct light. Bulb (included): LED module. ETL listed. Made in China.