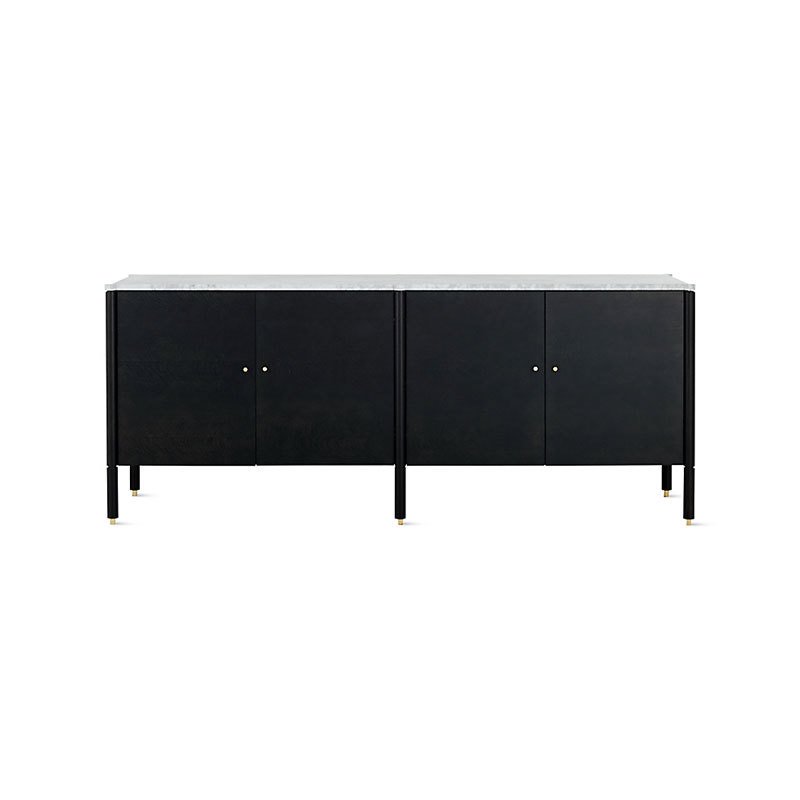 Based in Brooklyn, Egg Collective was founded in 2011 by designers Stephanie Beamer, Crystal Ellis and Hillary Petrie. The trio produces furniture, lighting and accessories that evoke their own personal histories and draw upon memories of families and friends. Recent honors include the Best New Designer award at the 2012 International Contemporary Furniture Fair and inclusion on Forbes magazine’s 2014 "30 Under 30" list. They were also commissioned to design a seating area for the New York City Ballet’s David H. Koch Theater at Lincoln Center. Their Morrison Collection (2012/2014) was originally created for longtime friend Morrison Mullen, who needed a custom cabinet for her small apartment. To overcome space constraints, the designers knew the piece would need to serve equally well as a storage unit, serving station and media console. What they created was a multifunctional modern take on the traditional sideboard, featuring a solid marble top, soft-closing hardware, turned legs, sleek lines and delicately scalloped profile. The original design has since grown into a collection of flexible storage equally at home in the entryway, living room, dining room and bedroom. Made in Canada.