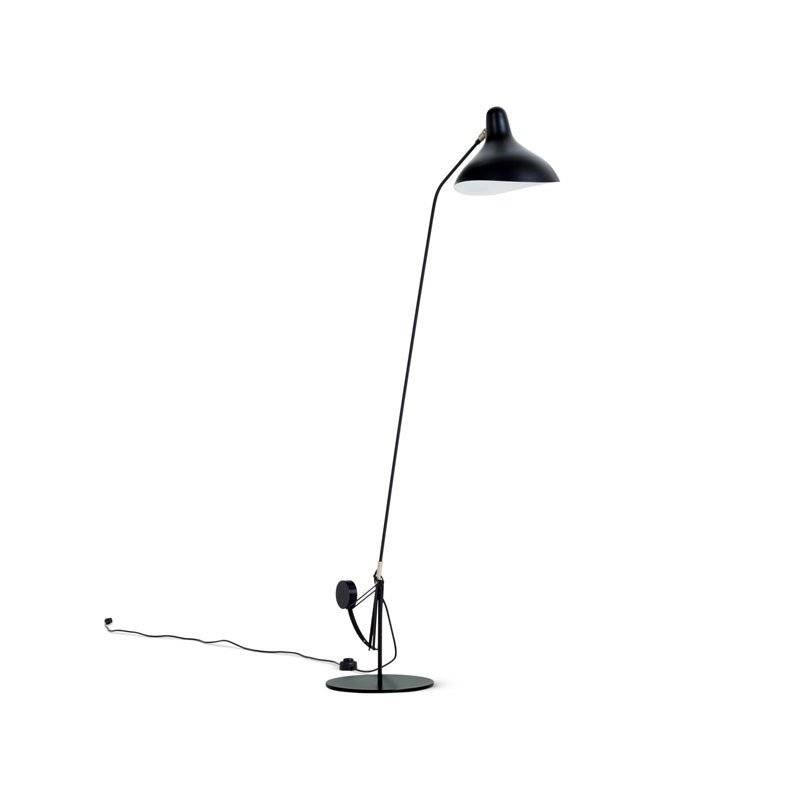 Born in Mainz, Germany, in 1924, Bernard Schottlander fled to England as a Jewish refugee in 1939. He worked as a welder for a short stint during the war before delving into sculpture at Leeds College of Art and the Anglo-French art center in St. John’s Wood. A year later, he went on to open his own design studio and began creating new pieces in limited editions. An admirer of Alexander Calder, the American sculptor perhaps best known as originator of the mobile, Schottlander created his Mantis Collection (1951) as an homage. Movement being intrinsic to his work, he devised clever adjustable frames constructed of strong yet flexible steel rods combined with counterweights. He then fabricated shades from aluminum using repoussé and chasing techniques, relying on his trained sculptor’s eye to produce beautifully flowing shapes that set the symmetrical and asymmetrical in opposition. His lamps – much like his idol’s mobiles – appear to defy gravity with their floating forms. Bulb (not included): LED, CFL or incandescent; E12 base; 40W max. This is the authentic Mantis Collection. Made in China.