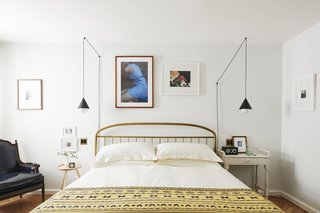 When in Rome, do as the Romans do. In Los Angeles, the LINE put a thoroughly contemporary design spin on a mid-century hotel building in the newly hip neighborhood of Koreatown, and made it into a culinary destination with help from local hero Roy Choi. The LINE DC Hotel translates this concept into a language Washington understands: a century-old church in Adams Morgan provides the venue for a boutique hotel in an of-the-moment bohemian-eclectic style, complete with restaurant offerings from two James Beard–recognized chefs, Baltimore’s Spike Gjerde and DC’s own Erik Bruner-Yang.

There’s a grain of truth to some of the stereotypes about the nation’s capital, but there’s nothing sleepy or unstylish about the LINE’s vision of the city. The rooms adapt to their architectural setting; the austere minimalism of the LA version is replaced by something warmer and more lived-in, to suit a location with a bit more history. The restaurants showcase Southern influences as well as Asian accents, particularly Taiwanese and Japanese flavors. And as Adams Morgan is DC’s nightlife center, the LINE features a pair of bars where locals and guests mingle, with menus crafted by a pair of highly regarded local bartenders. There’ll be travelers who prefer the more conventional luxury hotels, but for a certain sort of DC visitor, the LINE has been a long time coming.