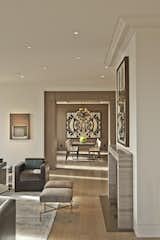 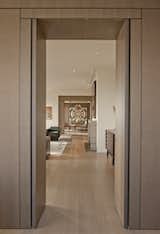 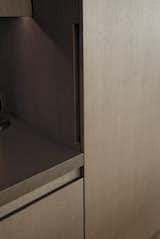 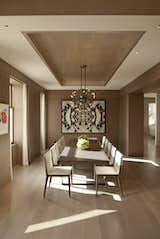 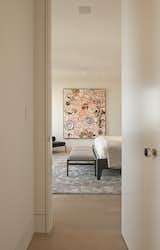 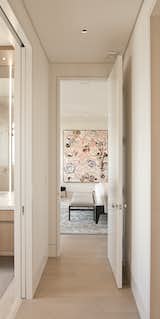 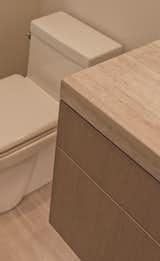 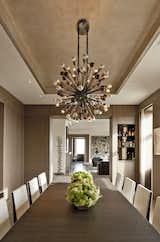 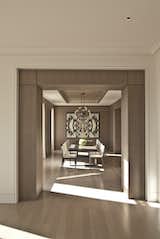 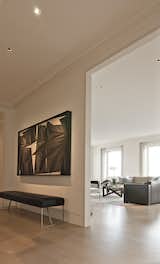 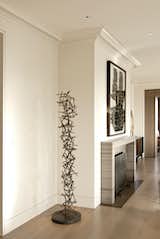 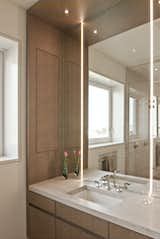 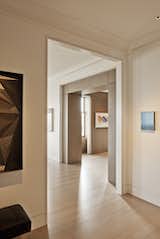 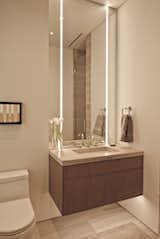 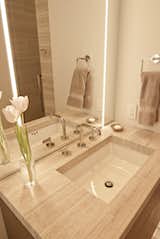 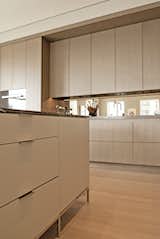 This outdated flat occupying the entire 3rd floor of a 1928 13 story co-op in the Russian Hill District of San Francisco, CA, was completely transformed to make it a modern day masterpiece that respects it roots while modernizing it for this century. The planning and renovation delicately balanced keeping the intrinsic features of the existing flat, including the dramatic 10 foot ceilings, crown molding, and dramatic views to the Bay and Downtown, while modernizing the entire unit and re-allocating the public and private spaces to be more well suited for modern day living, including personal privacy and drama.

As the plan was developed, it became apparent that moving the kitchen and family room spaces to face downtown, while re-locating the bedroom and spa like bathroom to the bay side, was the most natural and also best optimized layout for the footprint. The living room bridged the gap between the public and private zones, and features views of each the bay and downtown, and new openings were created between it, the office, the bedroom, dining, and entry spaces, to create a new cohesive layout that would last for the next half century. These new openings, or portals, were created to highlight these transitions, and were clad in stained white oak, which carried through to paneling found in the dining room, kitchen and office. Modern details were additionally employed throughout to serve as a contrast and foil to the existing detailing, and expanses of warm white walls feature modern art, while drapes and expanses of haisa stone serve as a foil to soften the space. In the process, new vistas were formed to the dramatic exterior landscape as well as to the more subdued interior space including the new natural materials and modern art. The overall effect is a vehicle to experience the new and old, natural and man made, in modern day San Francisco.