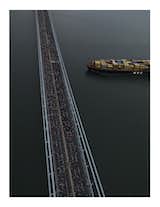 The graphic sweep of the Verrazano-Narrows Bridge connects Staten Island to Brooklyn. 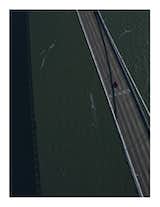 Titled "San Francisco," this aerial view of what is likely the Bay Bridge shows the kind of gritty, lonely weight our infrastructure has to pull. 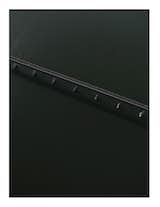 The far-less-celebrated Richmond Bridge is one of the seven that cross the San Francisco Bay. 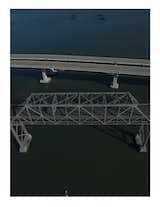 This photo, called "Oakland," is a clear nod the to the city's busy working waterfront: perhaps the Bay Area's most industrial port. 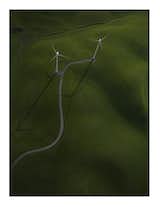 The Montezuma Hills of Solano Country in Northern California are home to wind farms.

The Millau Viaduct is a cable-stayed road bridge in southern France. It's the tallest vehicular bridge in the world (taller than the Eiffel Tower) and was designed by architect Norman Foster and structural engineer Michel Virlogeux. 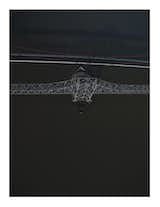 The Carquinez Bridge spans the Carquinez Strait in the northern part of the San Francisco Bay. 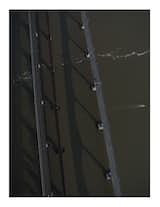 The two spans of the Benicia-Martinez Bridge link the two towns on the 680 highway in the Bay Area. 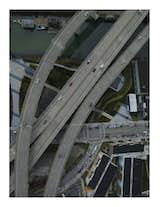 This photo is called 3rd and 6th and graphically describes a variety of forms of transits, the freeway superimposed over the waterway.