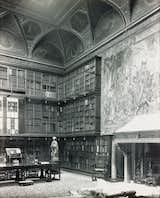 The library was designed by Charles McKim between 1902 and 1906. 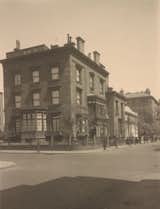 The exterior of 219 Madison Avenue, the home of J. Pierpont Morgan.

The marble and mosaic entrance rotunda received a thorough cleaning during the museum's $106 million renovation and expansion.

Inside the study, or the West Room, was used for Morgan's personal business. The velvet-covered furnishings were reupholstered during the renovation.