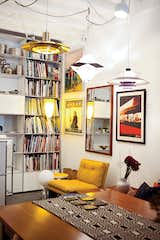 The shop is stocked with an array of design books, pendant lamps, and mid-century teak furniture. 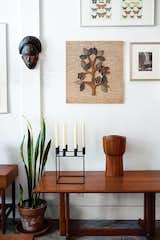 The steel candleholder is a Kubus 8, by Mogens Lassen. 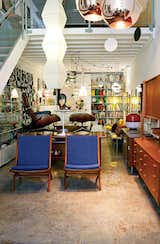 A long view of the appealingly cluttered shop, with a Noguchi paper lamp and a pair of wool-upholstered teak chairs in the foreground.