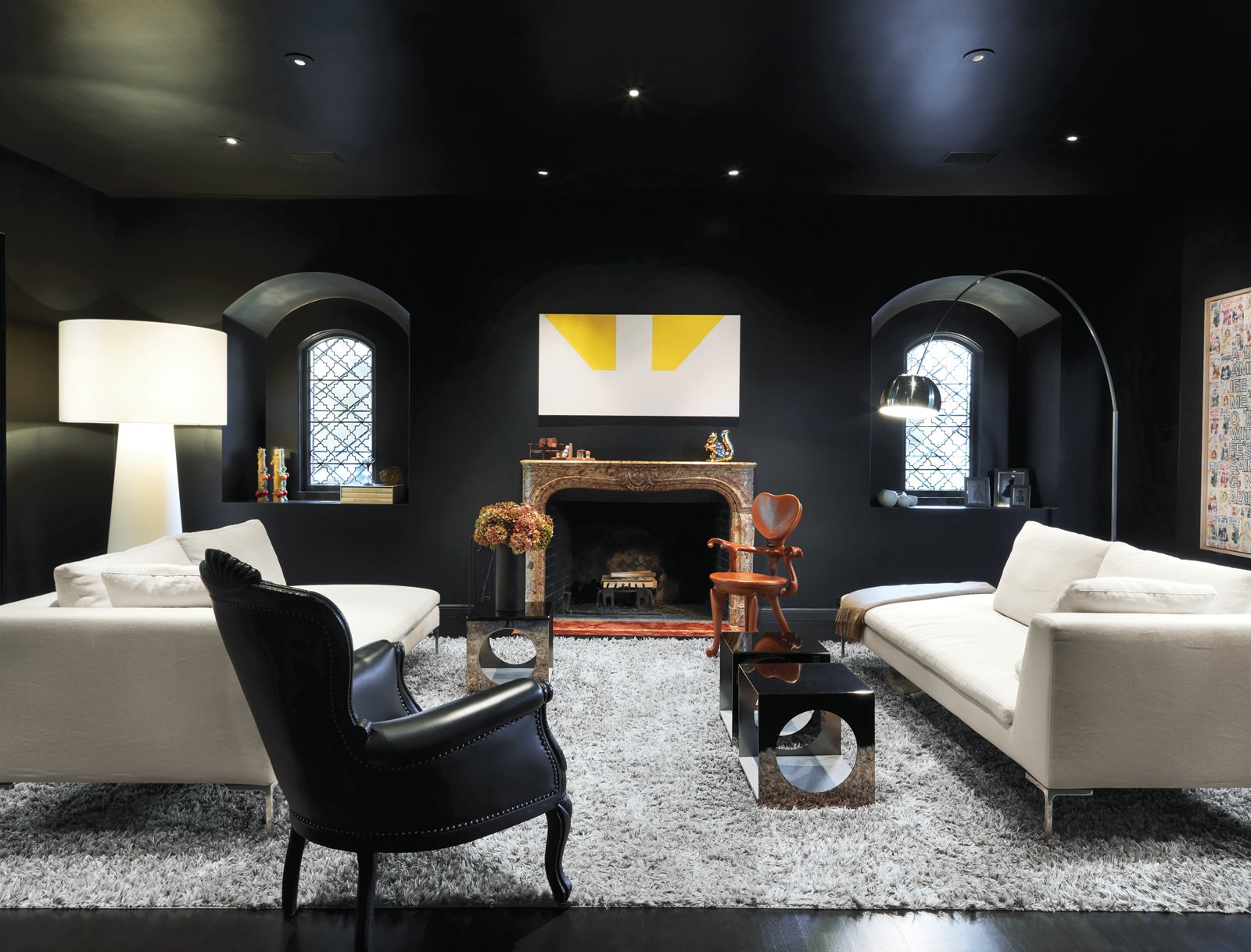 Architect Abigail Turin took her traditional 1925 San Francisco home and reimagined it with a contemporary interior while celebrating the house's existing details. Rather than indulge her impulse and strip away the home’s traditional flourishes—the French doors, baseboard trim, iron fixtures—she embraced them, creating what she calls “a dialogue between minimal detailing and a traditional backdrop.”

Thanks to a contemporary interior that she’s been updating for a decade, modern architect Abigail Turin has learned to love her traditional 1925 San Francisco home. Rather than indulge her impulse and strip away the home’s traditional flourishes, Turin embraced the dark in her striking living room—the deep paint is Le Corbusier’s 4320J from Les Couleurs Suisse. An iconic Arco lamp by Achille and Pier Giacomo Castiglioni for Flos, Charles sofas by Antonio Citterio for B&B Italia, an Extra Big Shadow floor lamp by Marcel Wanders for Cappellini, and a painting over the marble fireplace by Martin Barré shed a little light.