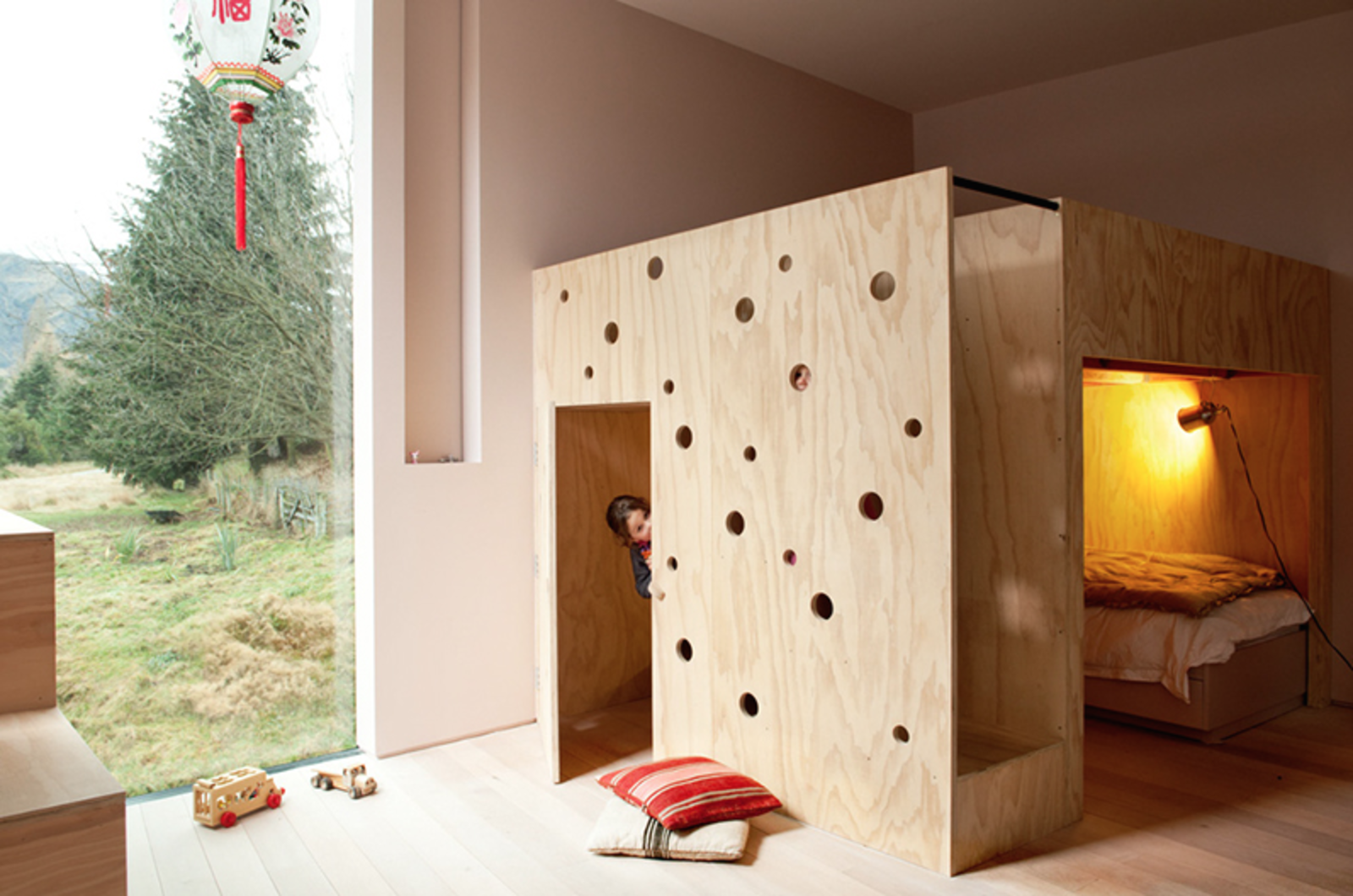 Architect Bergendy Cooke, who worked for Zaha Hadid and Peter Marino before returning to her home country in 2007, is an admirer of the strong, sculptural architectural forms that appear in Japanese and Spanish architecture. Outside Queenstown, she put her ideas into practice in a home that would be the benchmark for bc+a studio, her own venture. The combination bunk bed and playhouse is a whimsical gesture the architect designed specifically for her two daughters. The spaces are organized in such a way that they can play independently or together.