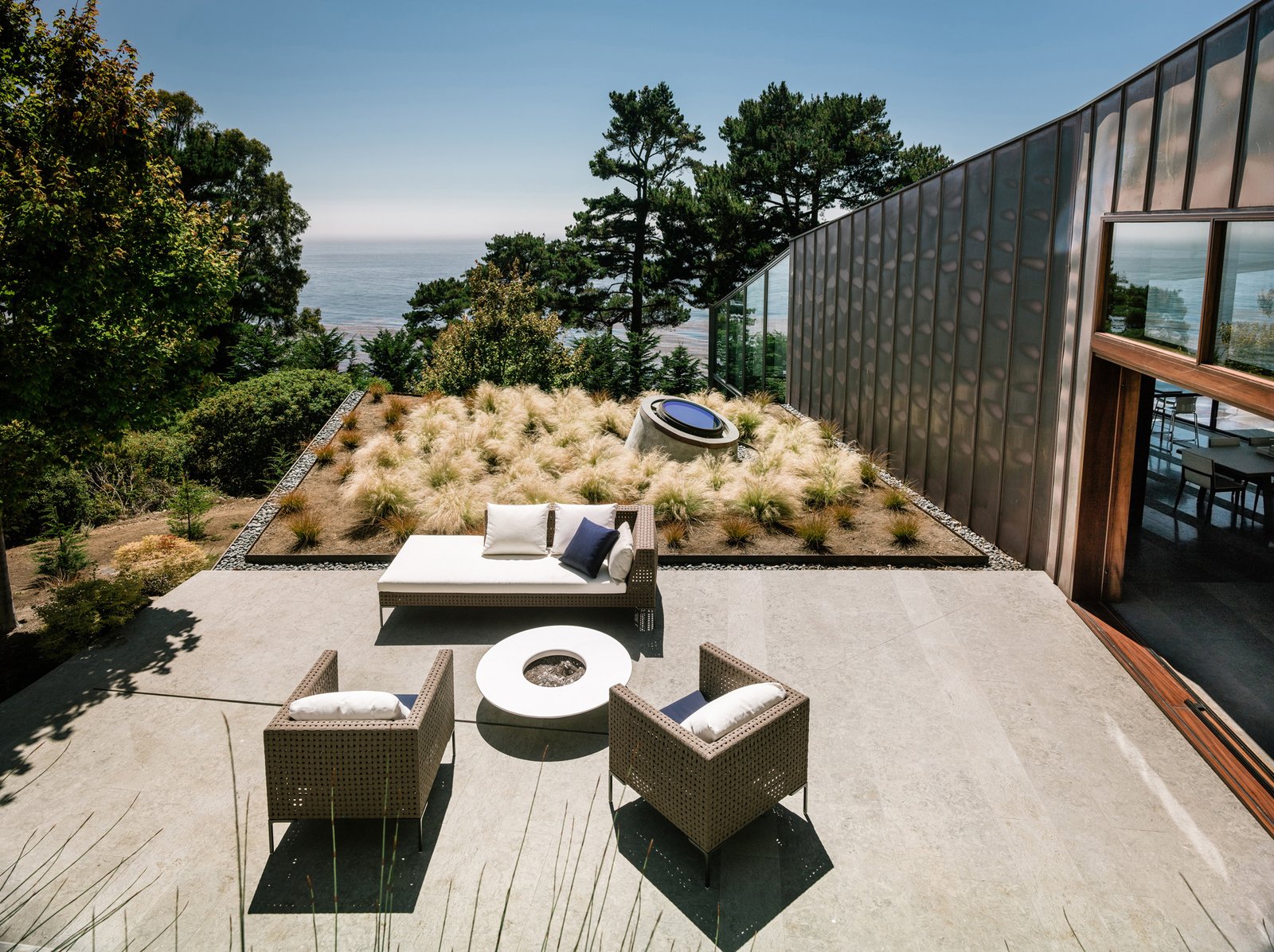 "The house's two main façades express both shelter and exposure. On the north, clear expanses of glass reveal ocean and coastline views; long strips of translucent channel glass dapple the light, playing on the sea's shimmering surface. The south façade, clad in copper, which wraps over the roof, is mostly enclosed, offering a retreat from the forces of nature. Roof overhangs on the east and west protect the windows and the front door from the harshness of sun and wind,