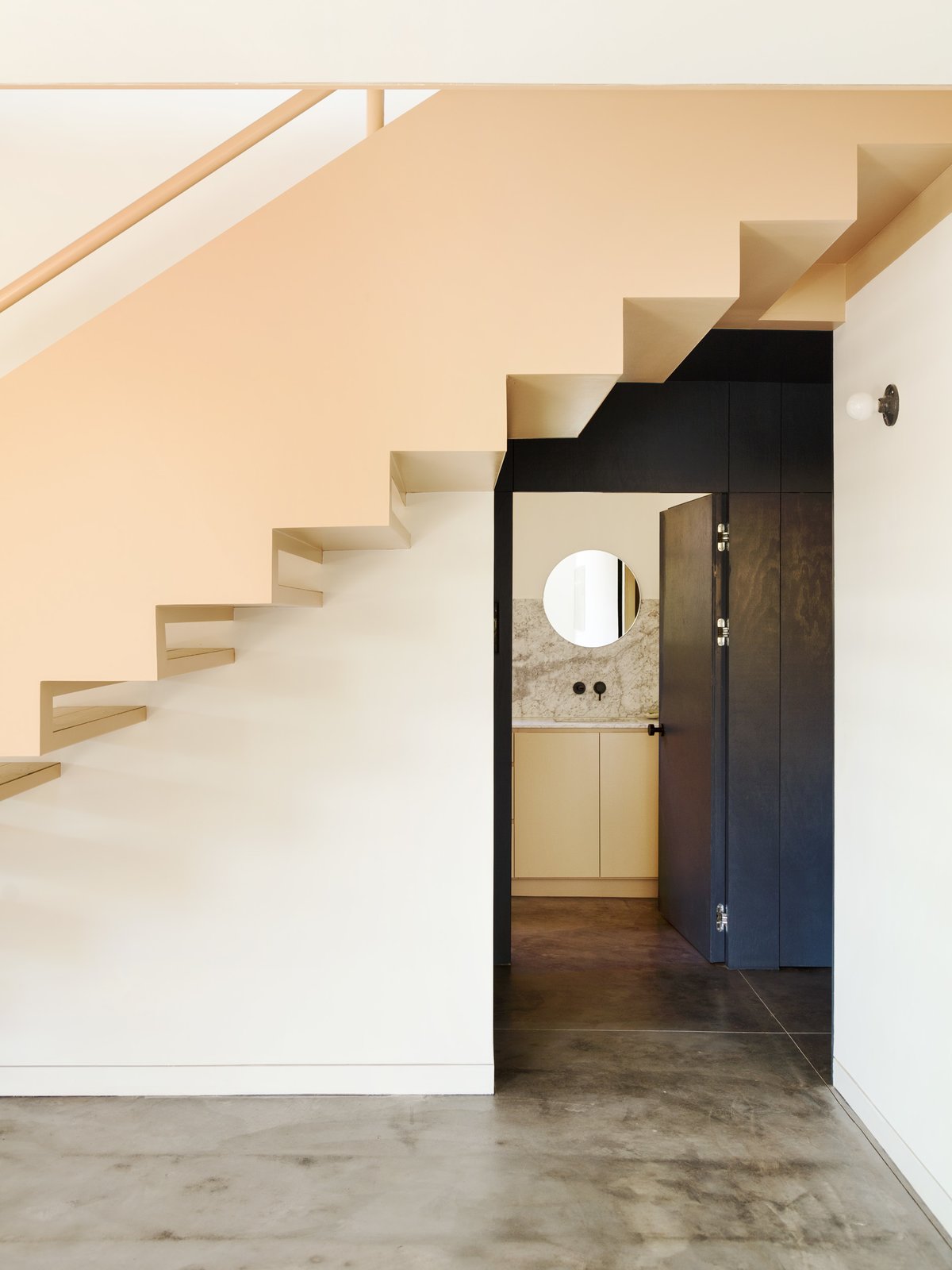 On a sloped plot in the Echo Park neighborhood of Los Angeles, an almost 100-year-old anonymous bungalow was rendered in pink, referencing the sun-kissed stucco that's so common in the region.
Mexico City-based architecture firm PRODUCTORA completely remodeled and renovated the home of graphic designer Jessica Fleischmann, daughter of Ernst Fleischmann, who led the Los Angeles Philharmonic and commissioned Frank Gehry to build the Walt Disney Concert Hall. Over the 15 years she lived in the home, she developed a strong connection to the neighborhood and the house itself, which inspired her to renovate it. With her strong affinity for design, she was thoroughly involved in the creative process, including selecting the particular colors that are interspersed throughout the renovation and extension of the house.