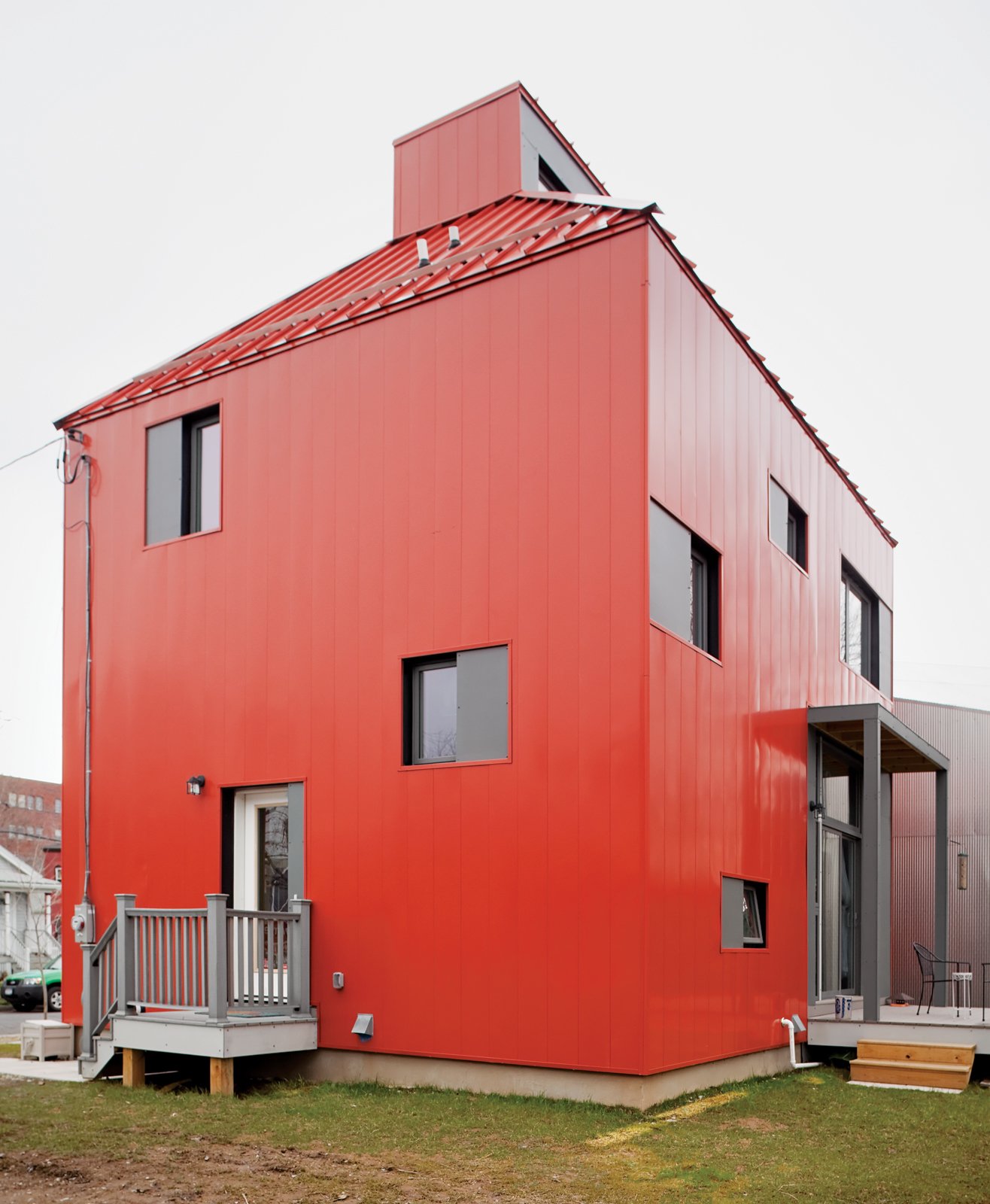 Unlike its next-door neighbor, R-House, TED wasn’t originally planned to meet the exacting Passive House standard. The building’s green bona fides came largely from four roof-mounted thermal solar panels and a 120-gallon water storage tank that architect Tim McDonald attests would have met nearly all of the home’s heat and hot-water needs. After submitting the proposal, though, he completed a course in the Passive House standard. Inspired, McDonald modified the original approach, ditching the tank and thermal panels in favor of a highly insulated, airtight envelope—the equivalent, he says, of shielding the house from the harsh Syracuse winter with a fur coat instead of a windbreaker.