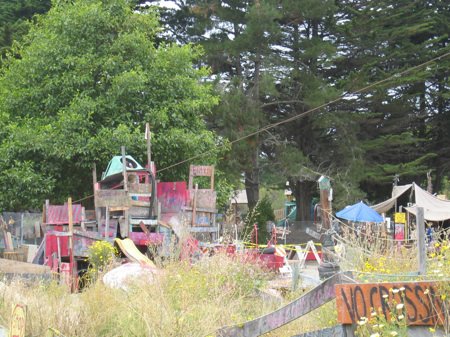 The "Adventure Playground" was born out of the bomb sites of WWII when architect Theodor Sorenson noticed children happily making their own playscapes out of rubble while ignoring traditional playgrounds that had been built to entertain them. The drive toward providing spaces in which children could build and experiment on their own became a whole movement in Europe, where over 1000 Adventure Playgrounds still exist. But the concept never caught on the United States, and the Berkeley and Huntington Beach, California, Adventure Playgrounds are now the only sites in America devoted to this uniquely child-centered play concept.