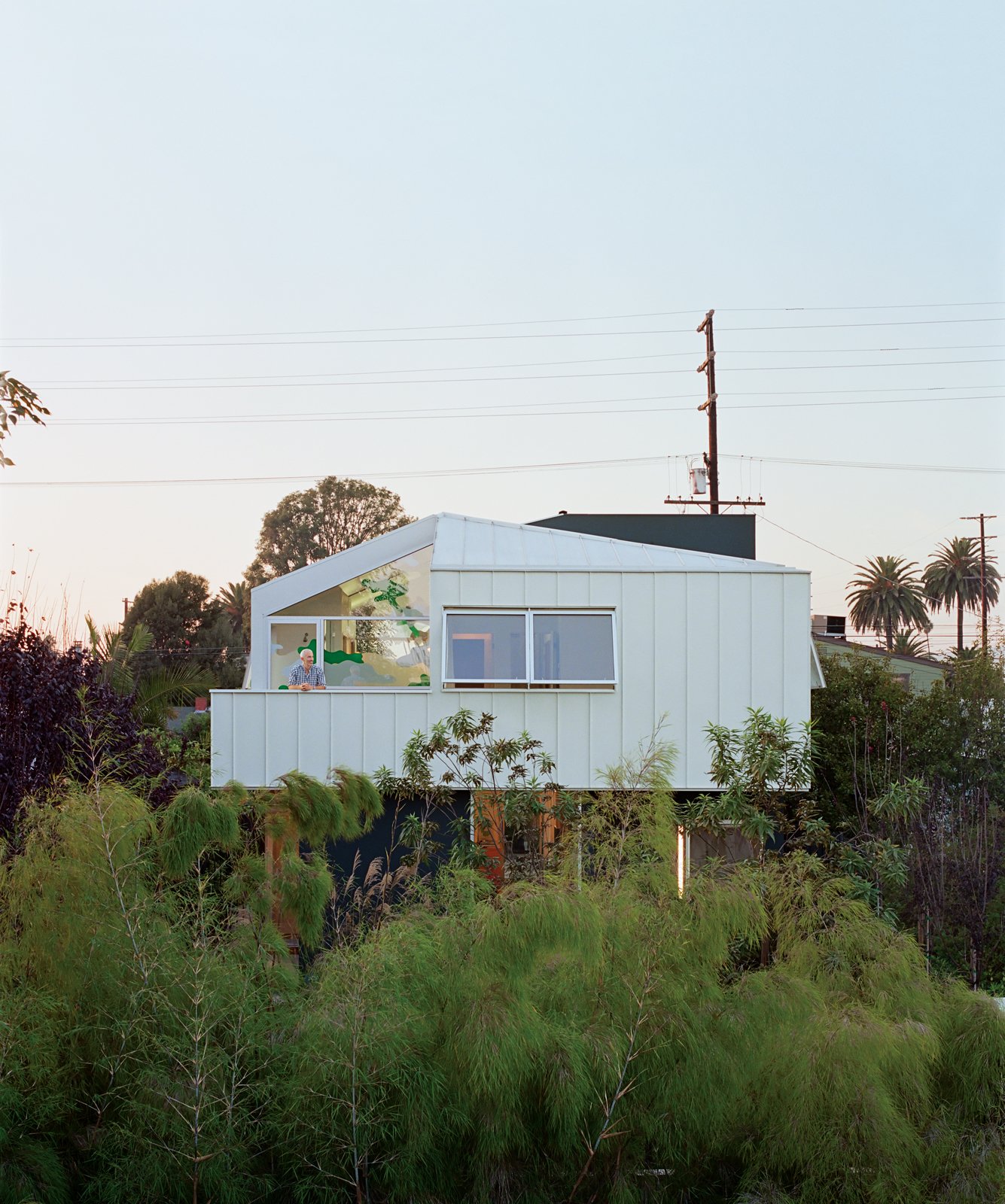 It was the surf and the artsy vibe that attracted Eric Grunbaum to Venice Beach, California, 18 years ago. An avid surfer and creative director for an advertising agency, he thrives on lively environs. So it&rsquo;s no surprise that he turned to the Los Angeles&ndash;based architect Barbara Bestor to design a house for him near the Pacific. Bestor, the chair of graduate studies at Woodbury University School of Architecture, has a formidable reputation in Southern California for her bohemian modernism, and for Grunbaum, she created a 2,000&ndash;square-foot, three-bedroom, three-bath home that harbors a traditional sensibility with a contemporary heart. From the deck off the master bedroom, Grunbaum looks across his front yard. Bestor designed the second story to float over the ground “like a cloud.” Grunbaum guides us on a tour of his modern surf shack.