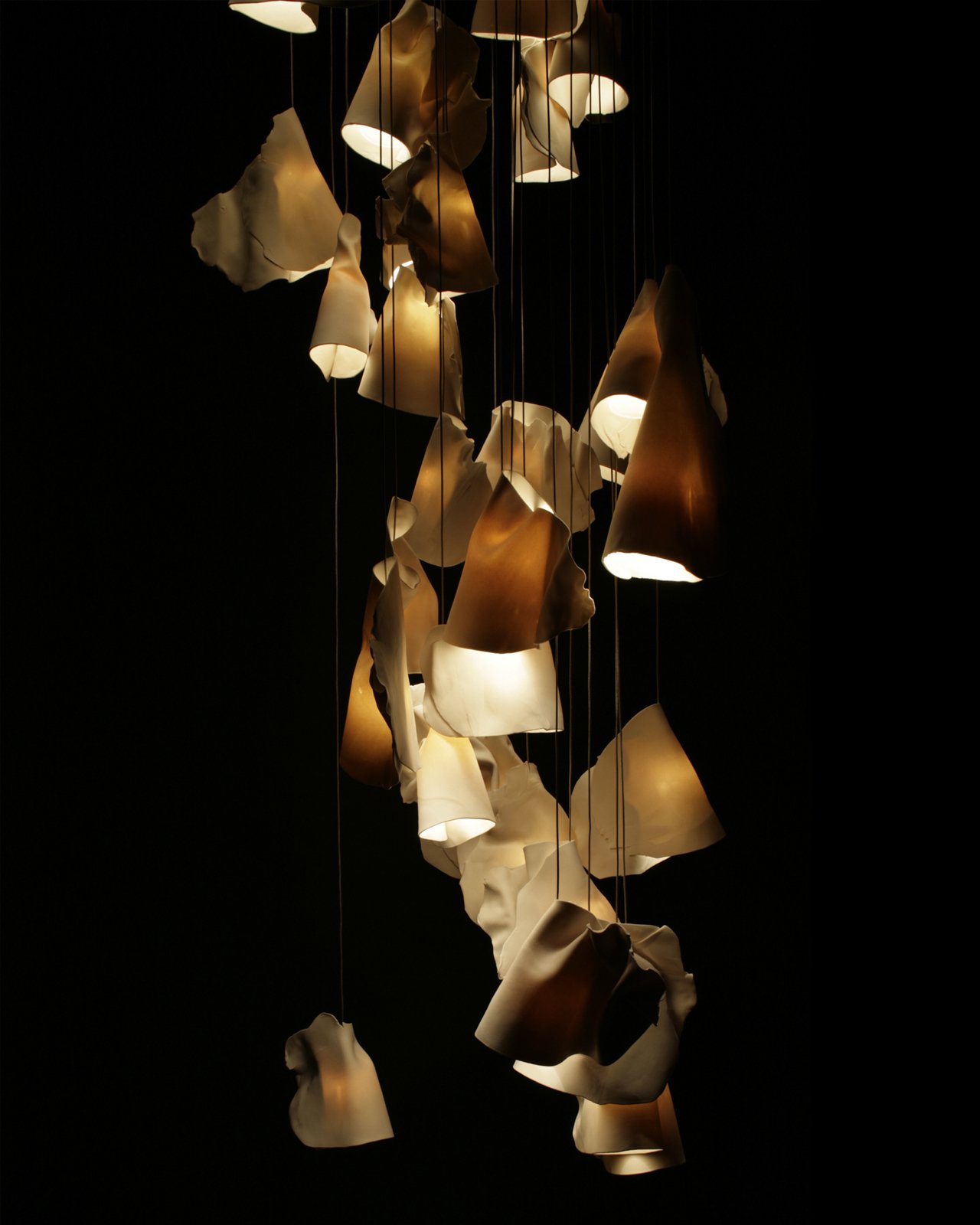 Arbel: The 21 was inspired by the sporadic and often discordant arrangements that barnacles form on a rock surface. Each pendant is made of thin sheets of raw white porcelain wrapped around frosted blown borosilicate glass cones of varying sizes. The result is a gentle contrast between diffused light passing through the translucent white porcelain skin and sharp, crisp light passing through the frosted Borosilicate glass trumpet shape on the interior of the pendant. Traditionally, porcelain is cast or sculpted into very specific forms. Our goal for the 21 Series was to design a process which yields different forms in every iteration. We let the material bend and fold according to its own intrinsic logic so every piece is completely unique. Photograph by Michael Boland.