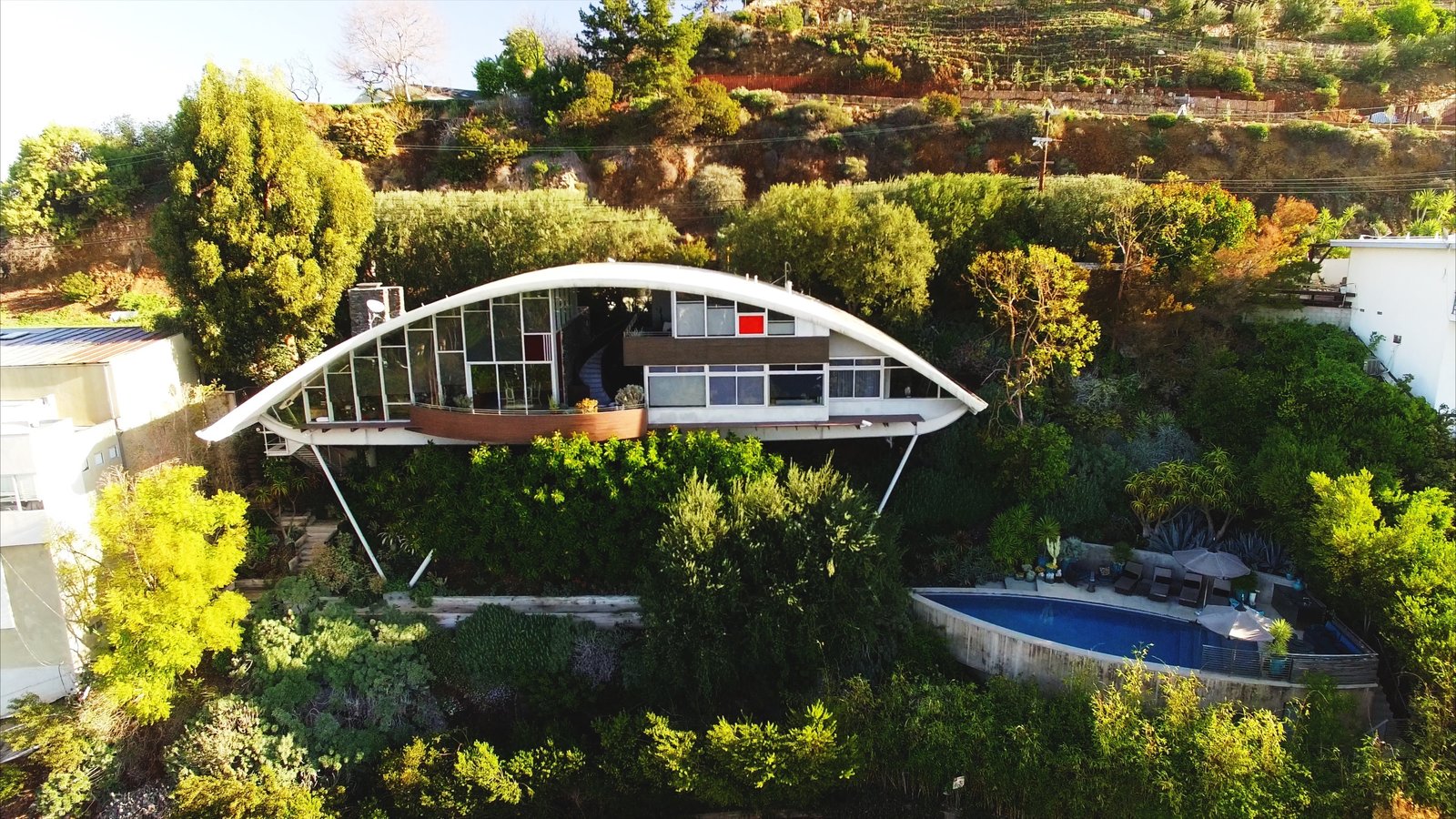 Villain Arjen Rudd’s modern, canyon-top lair was an integral part of the Lethal Weapon 2 screenplay from the very beginning. Its role only grew larger as the more downbeat first draft of Shane Black’s script (Gibson’s Riggs was originally fated to die at the end) was revised by Black’s successor, Jeffrey Boam. The challenge was finding an existing Los Angeles–area structure that matched the one imagined on the page.

John Lautner, the American mid-century modern master who apprenticed under Frank Lloyd Wright in the 1930s, designed Garcia House in 1962 for jazz arranger Russell Garcia. It still sits high atop the Hollywood Hills at 7436 Mulholland Drive. With its unique almond eye shape topped by a curved, parabolic roof and supported by steel stilts sixty feet above the canyon below, the house is also known as the Rainbow House, after the colorful stained-glass panels that dot its facade.