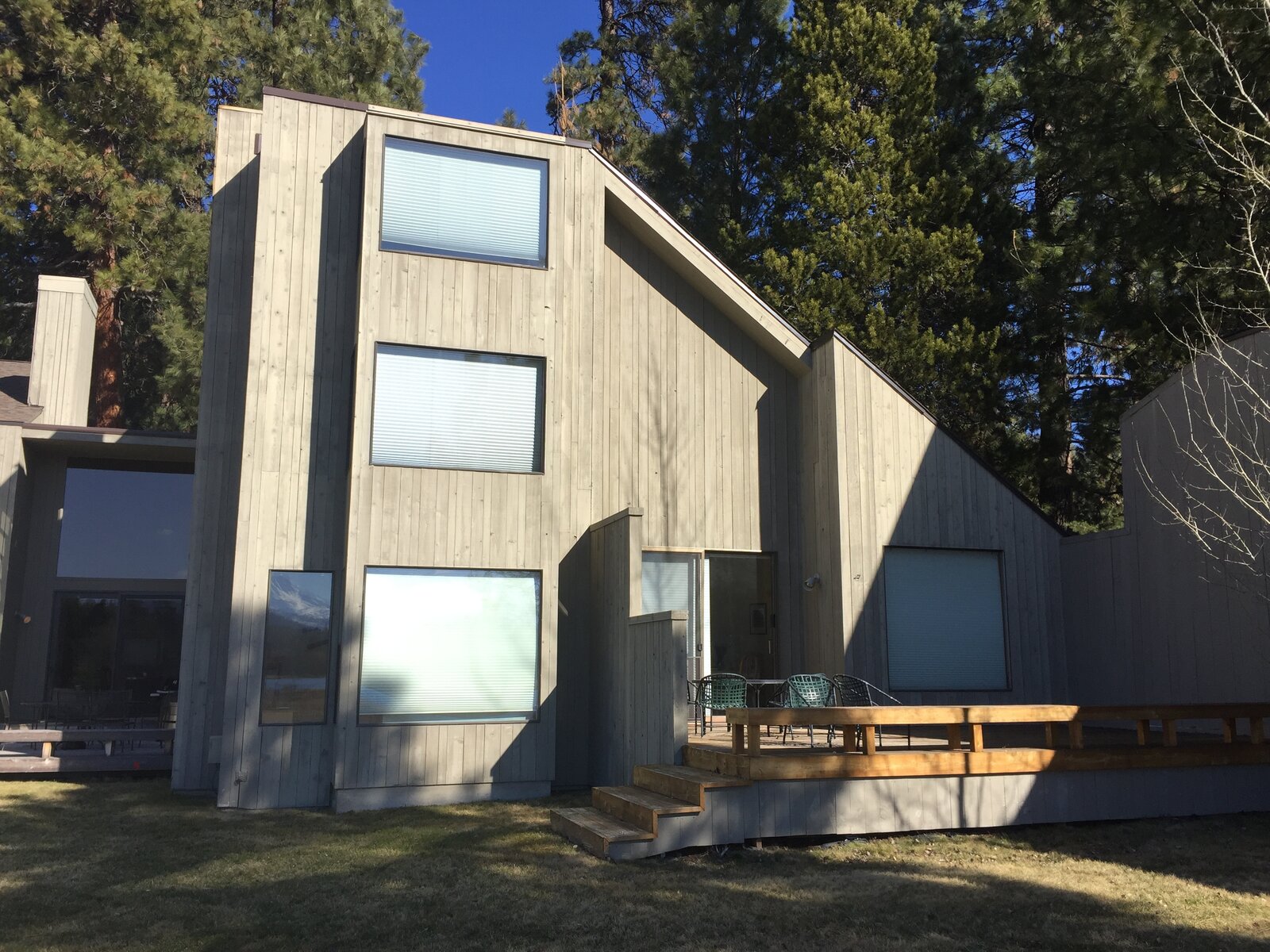 Before: Black Butte Ranch is a private resort community in central Oregon with homes that were mostly developed in the 1970s. "On one hand, you can say that there’s something that almost feels like Sea Ranch," says Hacker designer Jennifer Fowler, referring to the famous Northern California enclave. "They're funky in that '70s way, and they're all really different." Tim and Nive’s condo was built in 1972, and has 1,905 square feet over three floors with four bedrooms and three baths.