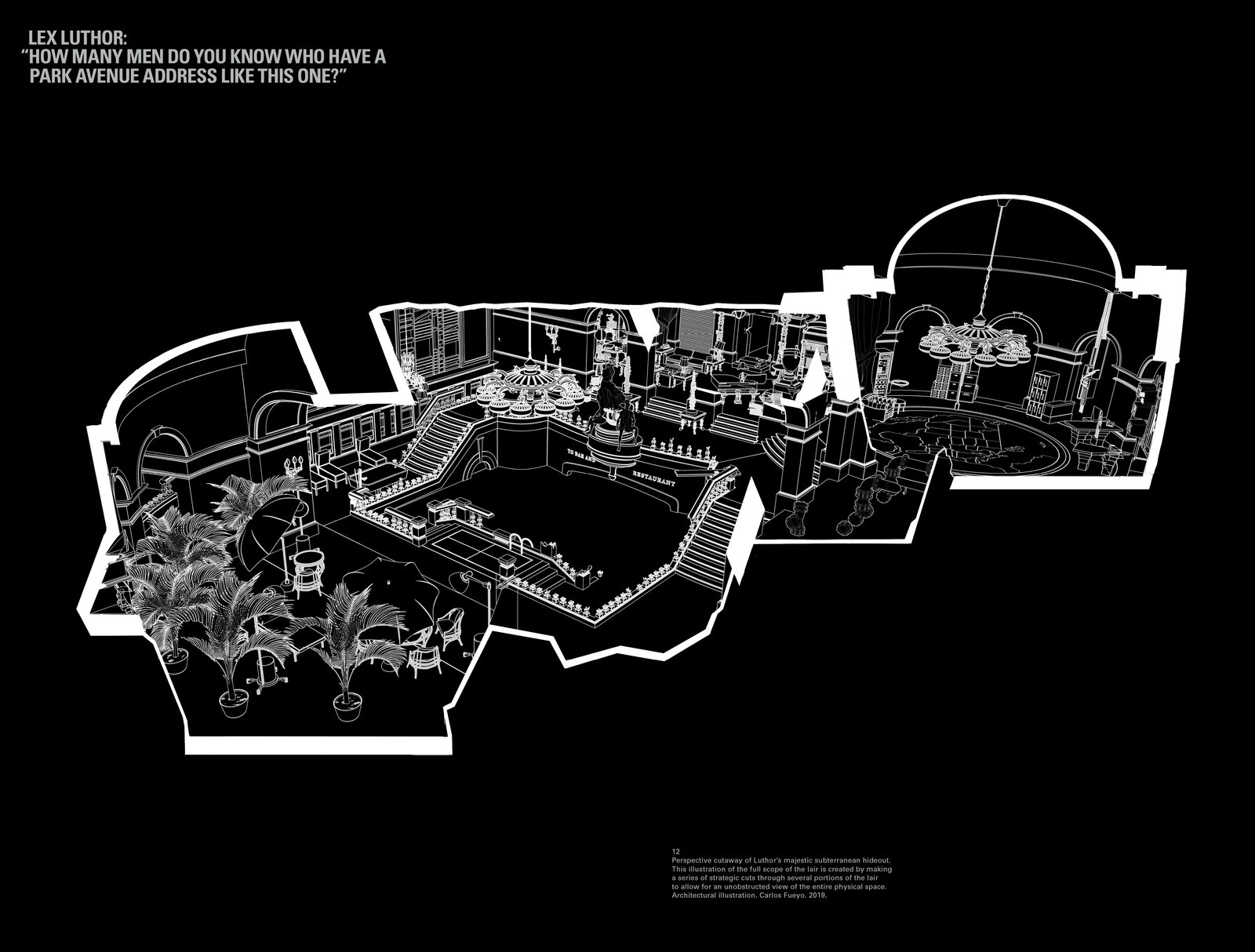 Between the lavish renderings of the planet Krypton and Superman’s Fortress of Solitude, the Superman filmmakers would be forgiven for cheaping out when it came time to dream up Lex Luthor’s lair. Instead, they came up with one of the most creative sets in the entire film. Luthor’s hideout is two hundred feet below the streets of Metropolis (in the film, clearly New York City) in a condemned, abandoned concourse of Grand Central Terminal.

Luthor has turned this forgotten Beaux-Arts gem, with its cream-colored Botticino marble staircases and Tennessee marble floors, into a palace fit for a Roman emperor. There are arched walls lined with books, palm trees, ornate parlors filled with oriental rugs and antiques, and a marble staircase that was formerly a track entrance, the lower level of which is now submerged in water and has been transformed by Luthor into an opulent swimming pool. It’s like his own version of Hugh Hefner’s grotto. There, he can swim laps in a lime-green bathing suit (and matching bathing cap), relaxing as he fine-tunes his evil master plan.