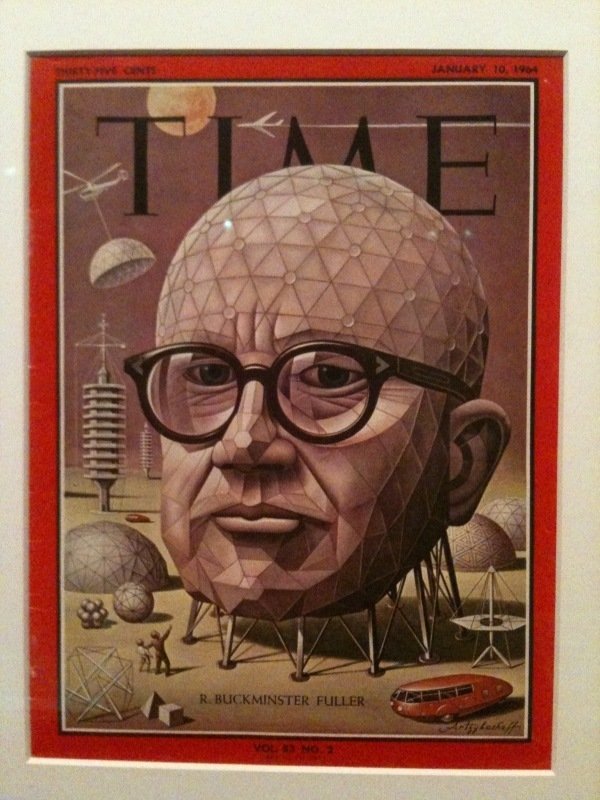 "Make the world work, for 100% of humanity, in the shortest possible time, through spontaneous cooperation, without ecological offense or the disadvantage of anyone." While Fuller’s ultimate goal was audacious, the idea of a real-time simulation in the ‘60s, accessible to before widespread access to computing, was just somewhat less ambitious. Fuller’s game—so-called to be accessible to everyone—was a further expansion of his Spaceship Earth philosophy, and is currently being utilized as a model by the O.S. Earth Institute. (Pictured: Bucky's Time cover from 1964.)