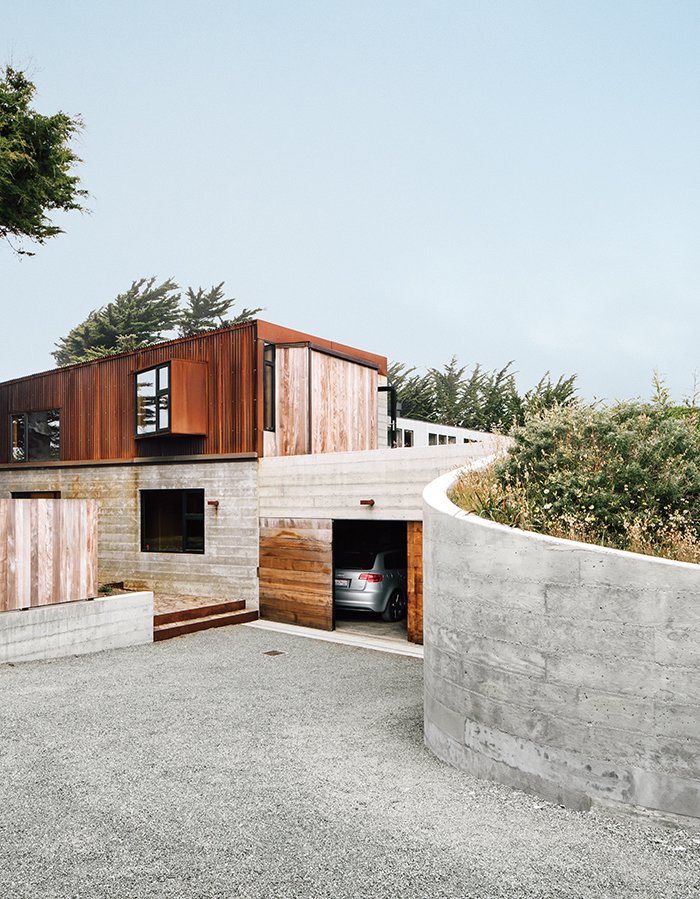 At Sea Ranch, a half-century-old enclave of rugged modernist houses on the Northern California coast, a new home captures the spirit of its surroundings. The client, a couple, were guided by the Sea Ranch rules—local covenants guide new designs—didn’t mean slipping into Sea Ranch clichés. Lovers of Cor-Ten steel, with its ruddy and almost organic surface, the architects made it the main exterior material, along with board-formed concrete and ipe wood. The Cor-Ten, which quickly turned an autumnal rust in the sea air, and the concrete, with its grain and crannies, mean the house isn’t a pristine box, Ramirez says. His Neutra house "was very crisp and clean," he says. "This house is more distressed, more wabi-sabi." Together, the Cor-Ten steel and board-form concrete give the exterior a weathered look.