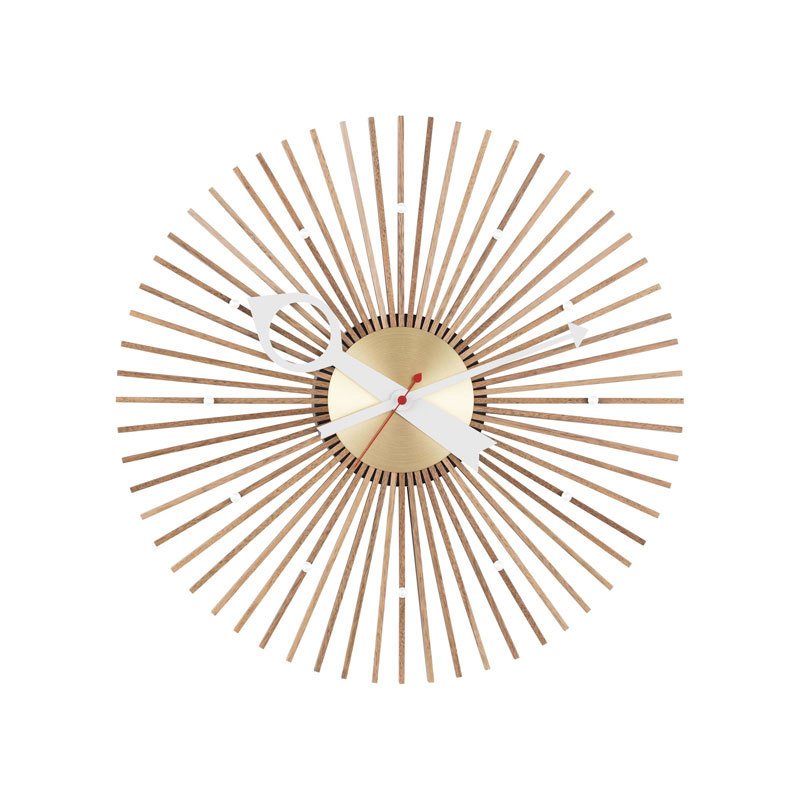 George Nelson Associates first launched as a studio by George Nelson in 1947 in New York City and employed some of the most celebrated designers of the time, including Irving Harper, Don Ervin, and Charles Pollock, all of whom contributed to the clocks. The Popsicle Clock (1957) appeared in the original Miller brochure as Model 2257. This is an authentic Nelson Clock, produced by Vitra Design Museum. Uses one AA battery (included). Made in Poland.