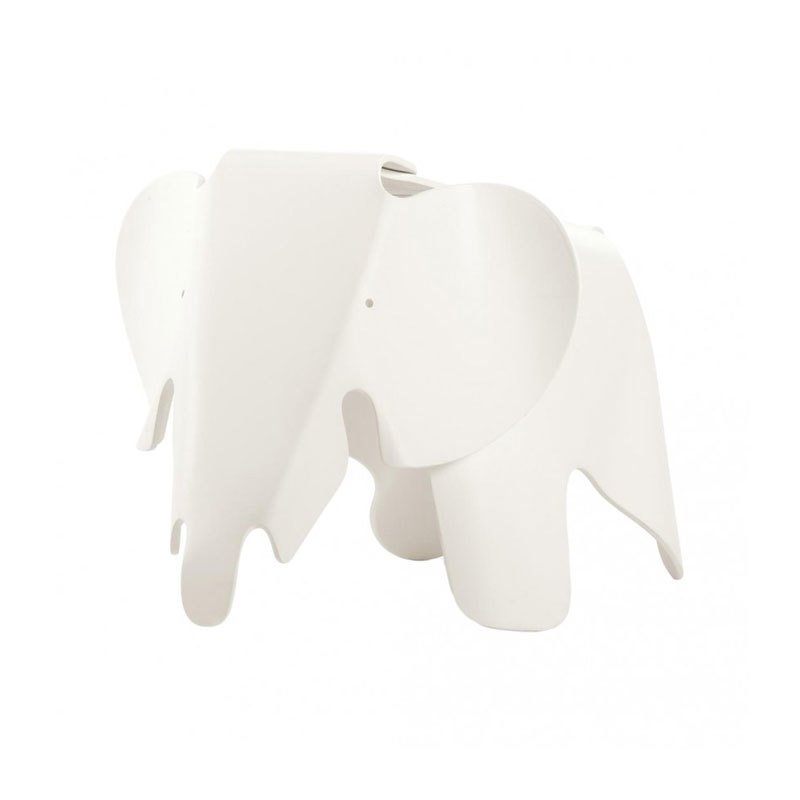 Charles and Ray Eames were known for being fascinated with certain animal figures—including elephants. Charles actually collected photographs of the animals from various inspirations around the world. In the 1940s, the couple designed the first version of their iconic elephant with molded plywood, which ended up requiring fabrication methods that were too complex to reproduce on a large scale. They only ever made two prototypes, in which only one exists today and is held by the Eames family themselves. Today, Vitra Design Museum produces the design with polypropylene in the same style as the Eames Molded Plastic chairs. Available in five colors, it holds GS and CE certificates that make it safe for kids.