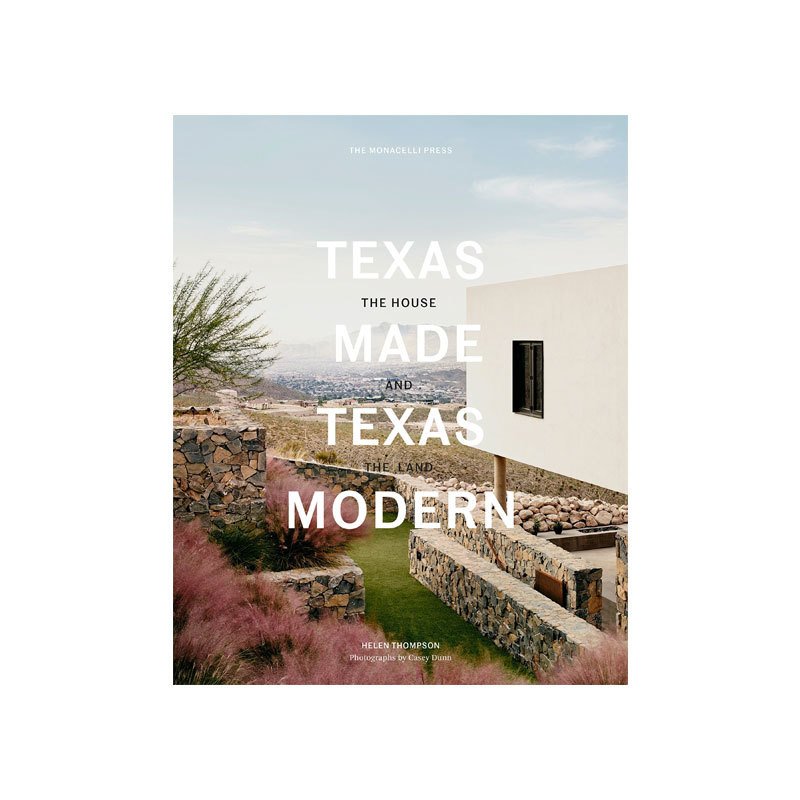 Texas Made/Texas Modern: The House and the Land

A compelling survey of Texas houses that draw both on the heritage of pioneer ranches and on the twentieth-century design principles of modernism.

Helen Thompson and Casey Dunn, the writer/photographer team that produced the exceptionally successful Marfa Modern, join forces again to investigate Texas modernism. The juxtaposition of the sleek European forms with a gritty Texas spirit generated a unique brand of modernism that is very basic to the culture of the state today. Its roots are in the early Texas pioneer houses, whose long, low profiles express an efficiency that is basic to the modern idiom. This Texas-centric style is focused on the relationship of the house to the site, the materials it is made of--most often local stone and wood--and the way the building functions in the harsh Texas climate.

Dallas architect David R. Williams was the first to combine modernism with Texas regionalism in the 1930s, and his legacy was sustained by his protégé O'Neil Ford, who practiced in San Antonio from the late 1930s until his death in the mid 1970s. Their approach is seen today in the work of Lake/Flato Architects and a new generation of designers who have emerged from that distinguished firm and continue to elegantly merge modernism with the vocabulary of the Texas ranching heritage.

Twenty houses are included from across the state, with examples in major urban centers like Dallas and Austin and in suburban and rural areas, including a number in the evocative Hill Country.

Photo Courtesy of The Monacelli Press