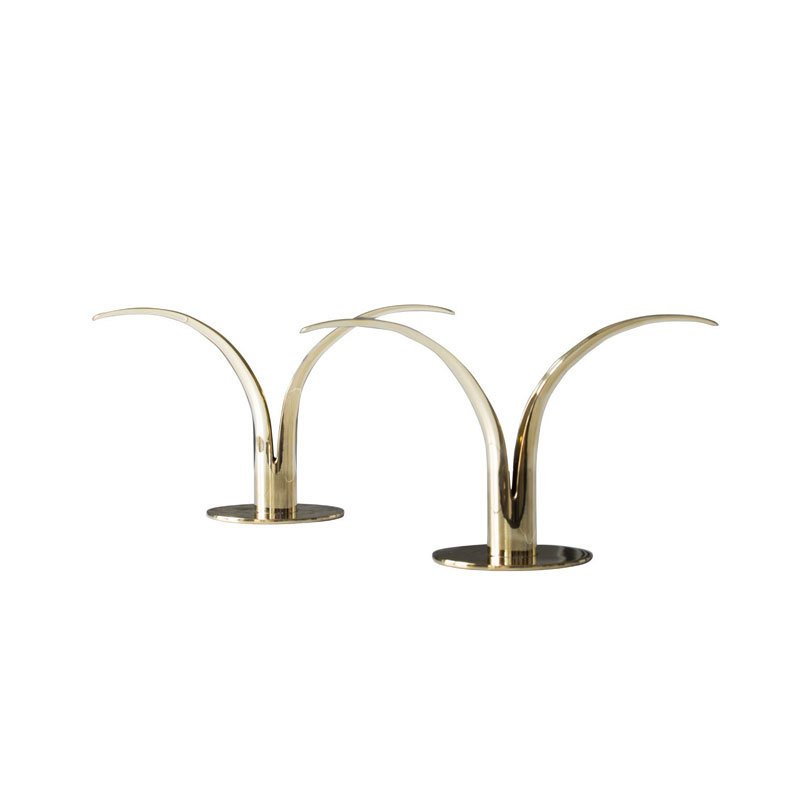 Ivar Ålenius Björk (1905 – 1978) worked as a sculptor, mostly known for bust portraits. He designed a series of brass candlesticks for a Swedish manufacturer called Ystad-Metall, which closed down in 1969. One of these products, the Lily Candlestick, became a modern design classic that has been featured in many international design magazines still to this day.

In agreement with the relatives of Ivar Ålenius Björk, Skultuna has now started the production of the Lily candlestick again. Designed for the world fair in New York 1939.