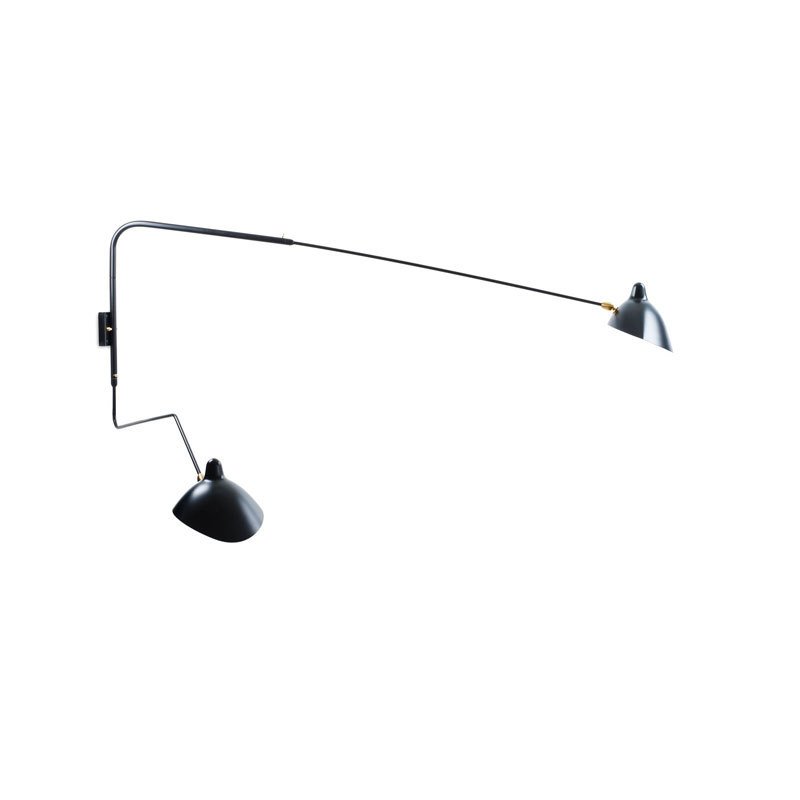 Serge Mouille designed his angular, insect-like lights as "a reaction to the Italian models that were beginning to invade the market in 1950," which he criticized for being "too complicated." The Two-Arm Wall Sconce (1954) is a wall-mounted interpretation of his original Three-Arm Lamp and maintains the original's kinetic, sculptural aesthetic. All of his lighting solutions feature Mouilles hallmark signatures as a designer: the way the arms are joined to the diffusers, the washer and six-sided screw hardware, the form of the reflectors, and the refined lines of the steel tubing. Bulbs (not included): incandescent; E26 base; 60W max. Made in France.