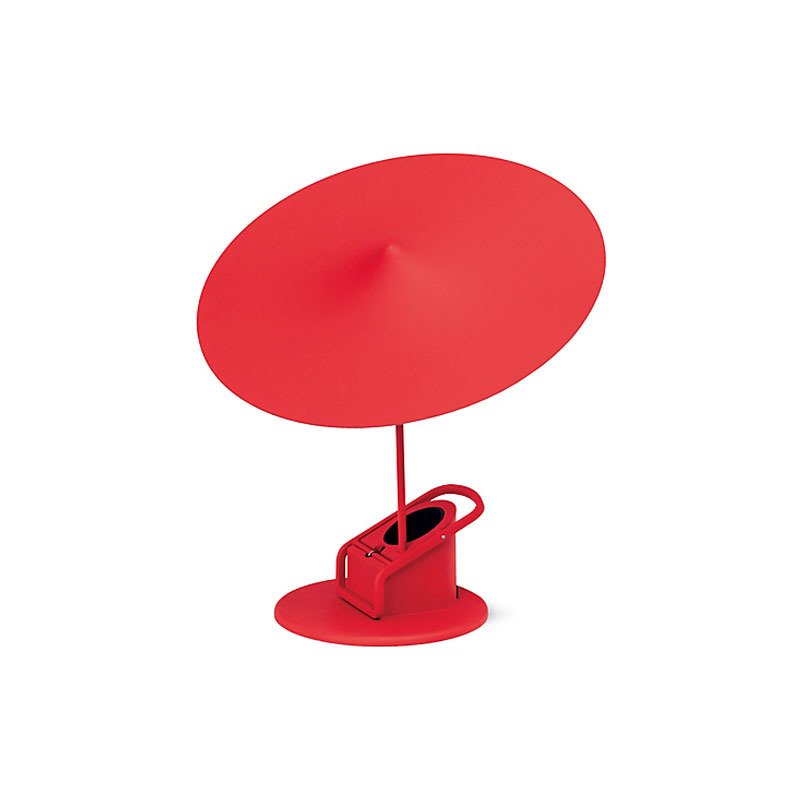 A graduate of ENSCI-Les Ateliers in Paris, designer Inga Sempé started her own studio in 2000. She’s since partnered with several renowned firms, including Alessi, Hay, Luceplan and others. Sempé was always impressed by the clever clamp lamps of her childhood, readily available in local hardware stores. These very lamps inspired her Sempé w153 ile Clamp Lamp (2015), which indeed proves that simple can also be sophisticated, consisting of a clamp base with a light source that shines upward into a diffuser mounted on a magnetic ball joint for quick and precise positioning. It also works as a table lamp or sconce. Bulb (included): 6W LED. Made in China.