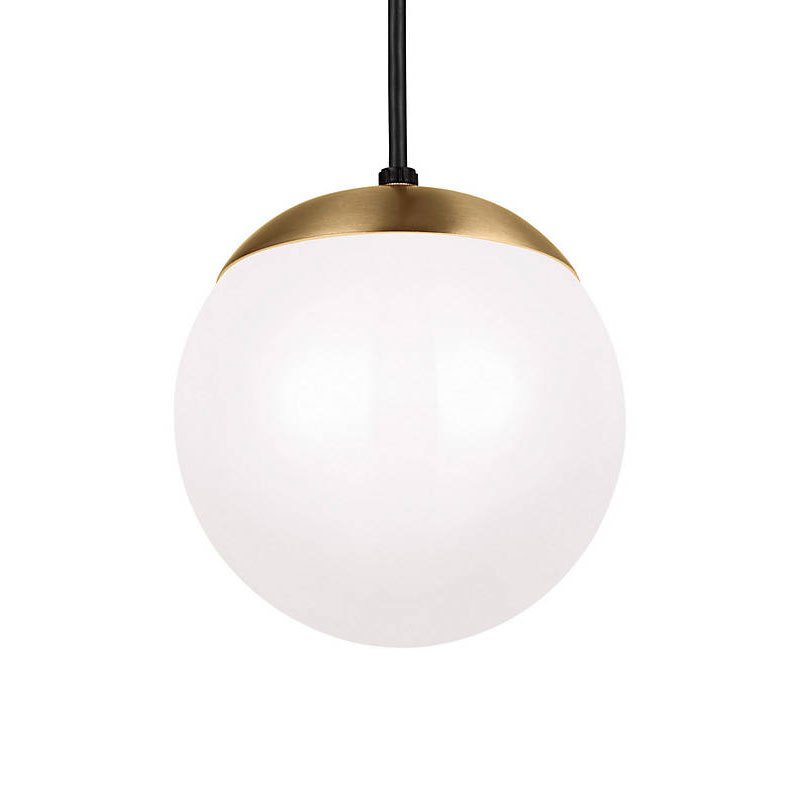 The Leo Hanging Globe Pendant by Sea Gull Lighting has been a mainstay piece for over half a century; generation after generation has appreciated the refined nature of its mid-century modern design. Elegant Metal domes comprise the canopy and lamp mounting, providing sharp accenting that caresses the curvature of the shade. A single globe of opaque glass encompasses the piece, gently diffusing the light of the lone bulb into a focused ambient glow. Enchanting as a single fixture or in a series, this pendant is a versatile choice for your living space.

Since their inception in 1919, Sea Gull Lighting has consistently produced high quality decorative and functional lighting for homes and businesses alike. In addition, their commitment to cutting-edge, energy-efficient technology has been widely recognized and awarded across a staggering 15 product categories. Thus, their extensive line of more than 3,500 products (spanning 15 categories) are not only on-trend and affordable, but friendly to the environment as well.