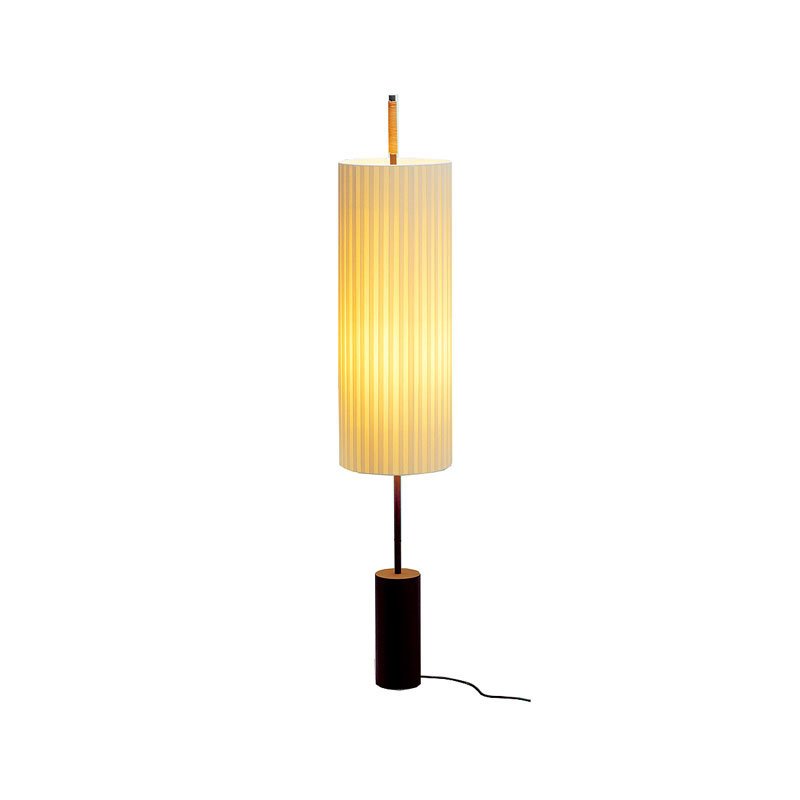 The Dorica Floor Lamp, by Santa & Cole, a 1994 Jordi Mirabell and Mariona Raventos design, is a thought provoking statement of compositional intrigue. Combining a classic air with a modern treatment and finish, it is dominated by its cylinder-shaped shade. The main feature is a large, column-like cylindrical lamp featuring an elongated, natural, cotton-ribbon shade. The dramatic shade is visually offset by a solid rust-colored iron base and is topped by a handsome leather-trimmed finial. A six foot plug in cord with an On/Off switch and dimmer are included.